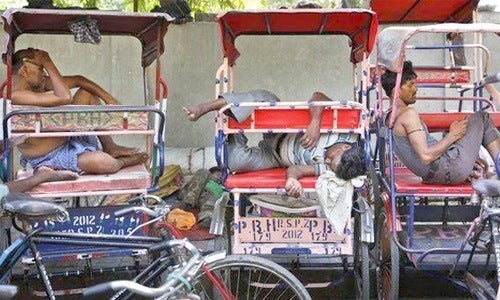 India is in the midst of a gripping heat wave with the death toll climbing to 1,500. “In the hardest-hit areas, temperatures have been up to 10 degrees Fahrenheit above normal for several days during what is usually the hottest time of the year,” says Slate. In New Delhi, it got so hot—peaking at 113 degrees Fahrenheit—the roads melted. ” The highest recorded temperature so far was 117 degrees Fahrenheit on Tuesday at Titlagarh in Odisha—which was just five degrees below the country’s all-time record. 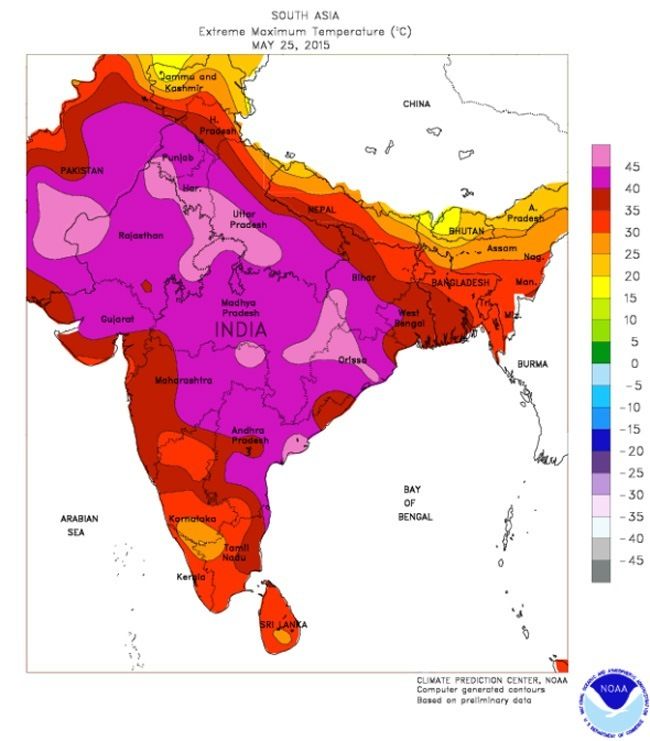 “This is the highest death toll due to heat wave ever in the state,” Tulasi Rani, the special commissioner for disaster management in Andhra Pradesh told Slate. “Last year around 447 people died due to heat. This year the heat wave is continuing for a longer period than in previous years.”

You may be thinking that there are plenty of places around the world that see these high temperatures, but coastal parts of India, for example Mumbai, have extremely high humidity levels on top of the high temperatures, which have persisted for much longer than usual. The misery index, which factors in both heat and humidity, has been “off the charts,” Slate reports.

Extreme weather including droughts, floods and heat waves are only going to become more frequent due to climate change. Researchers have found that though these extreme events have always occurred, they are occurring more often because of global warming.

Twenty six of 31 days this month in India have been or are forecasted to be hotter than normal, according to Wunderground. Also, India still has a largely rural economy, where people work outside and air conditioning is not nearly as common as in other parts of the world. All of these factors compound to make the heat wave in India really bad.

But as they say, a picture is worth a thousand words, so check out these 11 photos of the brutal heat wave gripping India:

Soaring temperatures in India have led to hundreds of deaths—and it’s only getting worse: http://t.co/ulvTTbHuAq pic.twitter.com/Vs5g9QvGkn