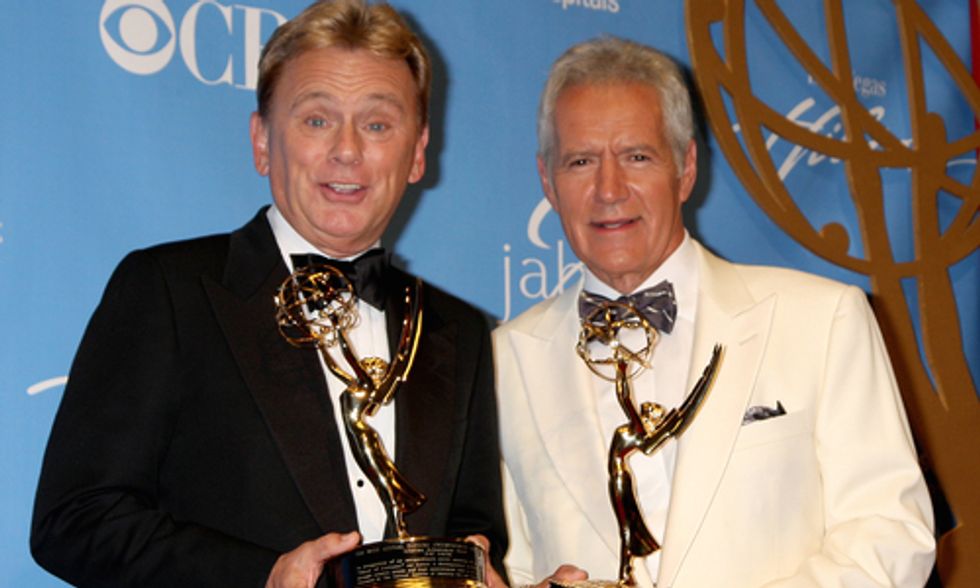 In 2014, climate change has become a debate for more than politicians, hopeful candidates and scientists.

Pat Sajak, the face of Wheel of Fortune for more than 30 years, took to Twitter late Monday night to not only deny science, but also to declare that you are likely a racist if you think the planet is warming. Alright, then.

Sometimes it's fun to poke a stick in a hornets' nest just to hear the buzzing.

The host essentially told his followers he was joking the next day, but the responses kept pouring in and they haven't stopped. Check out 11 responses from environmental advocates, writers, comedians and Wheel of Fortune viewers.

Will the 8 year old kid who hacked @PatSajak's account please return it to its rightful owner?

Pat Sajak wakes up from his three day bender. "Hope I didn't do anything crazy," he says to himself, hungover.

.@PatSajak, dismissing #climate change is like not solving the puzzle when the answer's staring at you. Reconsider: http://t.co/ntoiYHQtiY

I think @patsajak has been spending too much time under those hot stage lights.

I love how Pat Sajak is a climate change denier, yet completely believed that guy just guessed "New Baby Buggy" without cheating.

I'd like to buy a "Scientist for Pat Sajak"? http://t.co/yRysSgEvHj

Hey @PatSajak, this aint the Wheel of Fortune. If we lose this game, it isn't just one person's misfortune. All humanity pays the price.