11 Foods That Would Disappear Without Pollinators 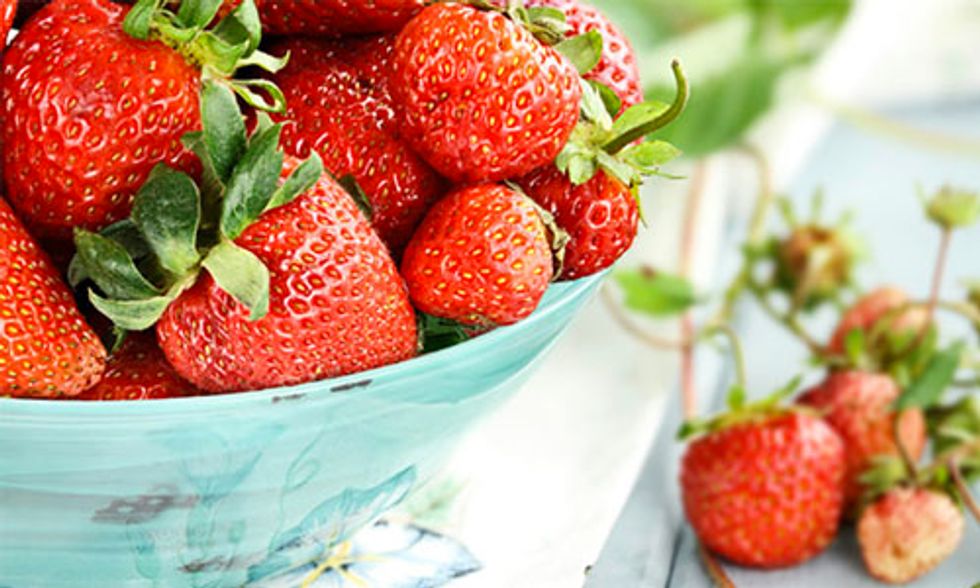 We all know honey comes from bees. But have you ever connected other foods you eat with the fact that they only exist because they're pollinated by bees and other creatures?

It's an important connection to make, considering just how threatened bees, butterflies, birds, beetles and other important pollinators are. The threats come from pollution, climate change, habitat destruction and use of toxic pesticides and herbicides. But maybe the biggest threat is ignorance to how essential these creatures are to the web of life as well as our own food chain.

The Whites House has acknowledged the importance of pollinators not only to America's food security but to the U.S. economy. “Honeybees enable the production of at least 90 commercially grown crops in North America," the White House said in a statement.

Globally, 87 of 115 leading food crops depend on animal pollinators and contribute 35 percent of global food production. What that means is, pollinators contribute more than $24 billion to the U.S. economy. Not only do pollinators help keep us fed; they also help sustain our prosperity.

Here's just one example of the impact pollinators have on what we eat and how well we do. Almonds are almost exclusively pollinated by honey bees. California's almond industry, just the almonds, require pollination help from about 1.4 million beehives (not 1.4 million individual bees, but the thousands of bees that live in each hive). As bee colonies are collapsing, they're taking their toll on the almonds and other plants they pollinate. Beekeepers in the U.S. have collectively lost an estimated 10 million beehives at an approximate current value of $200 each, driving up food prices but, more importantly, potentially putting more than a third of our food system in danger.

National Pollinator Week was unanimously designated by the U.S. to address the issue of declining populations of pollinators. The original event was held in June 2007. It has now grown into an international celebration managed by the Pollinator Partnership and supported by both the U.S. Department of Agriculture and the U.S. Department of the Interior. This year, it is being celebrated June 20-June 27.

In honor of the 2016 National Pollinator Week, here are 11 foods we would lose if pollinators weren't around to do their job. Note that the list includes a wide variety of fruits and vegetables.

1. Apples (and all kinds of other tree fruits, including peaches, apricots, plums, lemons, limes and cherries)

2. Strawberries (as well as elderberries, blackberries, raspberries and cranberries)

5. Green Beans (and many other beans, including adzuki, kidney and lima beans)

7. Sunflower Oil (and other oils, including palm, safflower and sesame)

11 Reasons Why You Should Eat Pumpkin Seeds

Welsh Government Offers Every Household a Free Tree to Plant