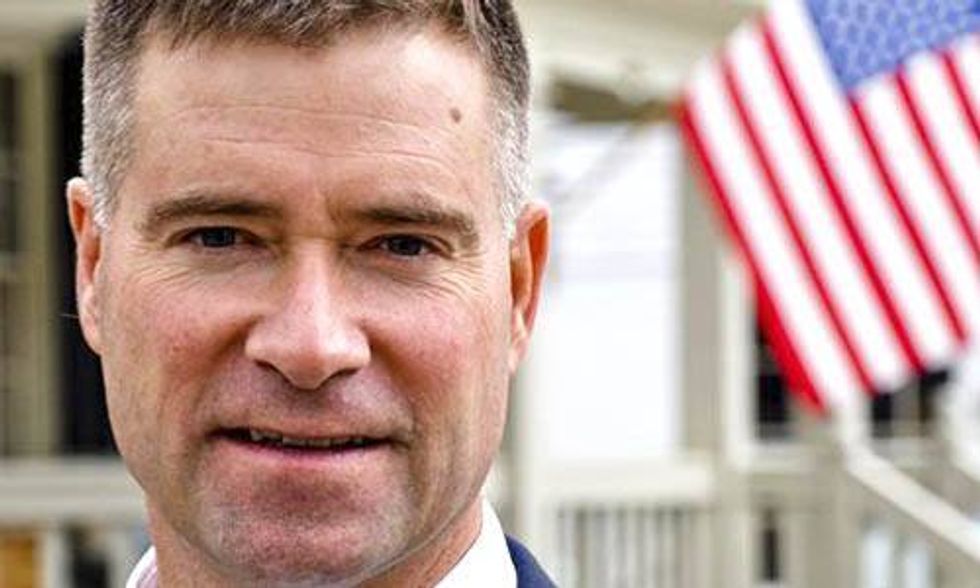 Responding to climate change shouldn’t be a partisan issue. Eleven Republican members of Congress, led by Rep. Chris Gibson (R-NY), just demonstrated that this morning, when they introduced a resolution that put the climate challenge in the broader context of conservation, stewardship, innovation and conservatism.

Damage from Sandy in Seaside Heights, New Jersey. According to a recent analysis, sea level rise alone made Sandy $2 billion more costly than it would have been otherwise in NYC. Sandy hit the Jersey Shore hard, too and it’s taken years for some of my high school classmates to recover. Frank Lobiondo, a member of Congress representing New Jersey’s 2nd district, is also a resolution co-sponsor. Photo credit: Aaron Huertas

The resolution flags extreme weather, wildfires, heat waves and sea level rise as costly consequences of climate change and the members call on the House of Representatives to “work constructively” to address “measured changes to our global and regional climate.”

To be sure, the resolution isn’t a full-throated endorsement of the main findings from the Intergovernmental Panel on Climate Change or the National Climate Assessment, which federal science agencies produce for Congress about every five years.

Instead, the members simply acknowledge the need to base policy in “science and quantifiable facts on the ground.”

And rather than citing purely scientific reports, the resolution turns to the Pentagon’s 2014 Quadrennial Defense Review, which itself drew from the scientific literature and concluded that climate change is a “threat multiplier.”

The resolution comes just a few days before Pope Francis is slated to address Congress. The Pope has made climate change a priority and his own teachings on the topic are heavily informed by the Vatican’s own academy of science.

Clearly, these members of Congress wanted to show that they are ready to constructively talk about climate policy, even if some of their own party leadership isn’t.

Overall, the resolution is a positive sign and one that we should find encouraging. As my colleague Peter Frumhoff, Union of Concerned Scientist’s director of science and policy put it:

“Congressman Gibson and his colleagues are right to call for science-based policies to address climate change. Climate risks and the costs of dealing with them, are growing and the American people deserve strong political leadership on these issues. Measures to reduce emissions from fossil fuels and increase our reliance on clean energy enjoy wide public support. We look forward to working with these members to strengthen America’s response to climate change.”

Partisan divisions on climate are a relatively new thing. We can and should overcome them.

When I worked for my member of Congress in New Jersey, I remember heading to Long Beach Island and taking pictures of erosion there. Houses were at risk of collapsing and the local townships wanted federal help to protect and repair their beaches.

Rep. Jim Saxton, who had served in Congress for nearly 20 years at the time, was deeply familiar with these issues. He also supported action to address climate change.

And he was a Republican.

That was the early 2000s, when political opinion on climate change didn’t cleave so neatly along partisan lines in Washington.

But facts on the ground are starting to scramble those lines. Many aspects of climate change fundamentally come down to geography and economics, so it’s not surprising that the growing costs of wildfires and coastal flooding are causing members of Congress to rethink how we pay for damage from these events in a warming world.

Rep. Carlos Curbelo (R), a co-sponsor, represents Florida’s 26th district. It’s obviously a district where planning for rising seas is simply common sense. By the time one of today’s mortgages is paid off in 2045, Key West could face about 200 tidal floods a year, according to the Union of Concerned Scientist analysis. Photo credit: Wikipedia

A few months ago, I went to New Hampshire and learned about the state’s bipartisan plan to deal with coastal flooding and sea level rise. It’s one of many places where increased flooding and sea level rise are expected to pose significant challenges to local communities. It was wonderful to see leaders willing to put partisanship aside to tackle a common problem. After all, the ocean (and rising seas) don’t care what party you support.

We need respectful cooperation like that at the national level, too. And that will mean encouraging our political leaders to have real, constructive debates about solutions so they can stop talking past each other when they talk about the problem.

Obviously, environmentalists and free market advocates won’t always agree with one another—heck, they often disagree among themselves—but they can and should come to the table with an equal understanding and respect for what scientists know about climate change.

There are many conservative groups like Clear Path, Niskanen Center, RepublicEn and R Street Institute that are engaging in solid debates about energy and climate policy at the national level.

It’s good to see more Republican members of Congress joining them. We need more voices on climate policy, not fewer, if we’re going to adequately address the problem.