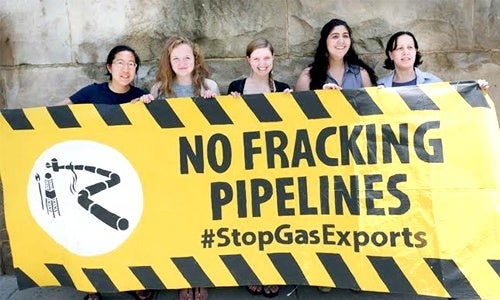 “Stop the #FERCus” was the theme of the 10 days of action in Washington, DC and Calvert County, Maryland, which ended yesterday, and that was the main focus, no doubt about it, but it was about so much more. These 10 days of action and organizing were all about building community—a community taking action and interacting with one another and with others in a way which builds people power.

Fight against #fracking rolls on at Stop the #FERCus , sit-in continues overnight. Much gratitude to all @BXEAction pic.twitter.com/19I01h6EoR

45 years ago when I was young and new to progressive activism, “building power” wasn’t a phrase I remember hearing. “Taking power” was, however. For many of us, the realities of systemic oppressive power we experienced through our involvement in the civil rights, black liberation, anti-war, women’s, gay/lesbian rights or other movements of that time led us to see the need to take power away from the rich white men who were pulling the strings behind the scenes if we were to have any chance of building a truly democratic and just society. 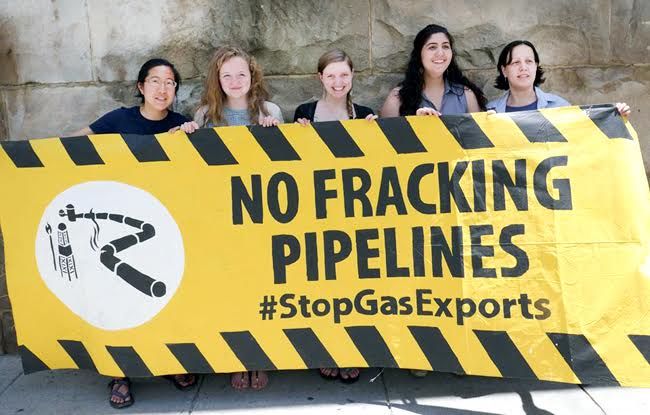 I continue to believe that. The power and wealth of those rich white men has only gotten worse over all those years, as have obscene inequality and the climate and broader environmental crises. But the experiences of May 21-30 have made me see more clearly why “building power through building community for power” is a much sounder way to frame a key aspect of the historic task before us.

What took place over these 10 days to prompt these reflections? From May 21-29 Beyond Extreme Energy (BXE) took action in Washington, DC focused on FERC, the Federal Energy Regulatory Commission, the most powerful federal agency most people have never heard of. And on May 30th Calvert Citizens for a Healthy Community, We Are Cove Point and other groups organized a spirited and strong six-mile march of close to 200 people through Calvert County in opposition to the building of a massive and dangerous gas export terminal at Cove Point.