109 Organizations Speak Out against Obama’s Support for Fracking 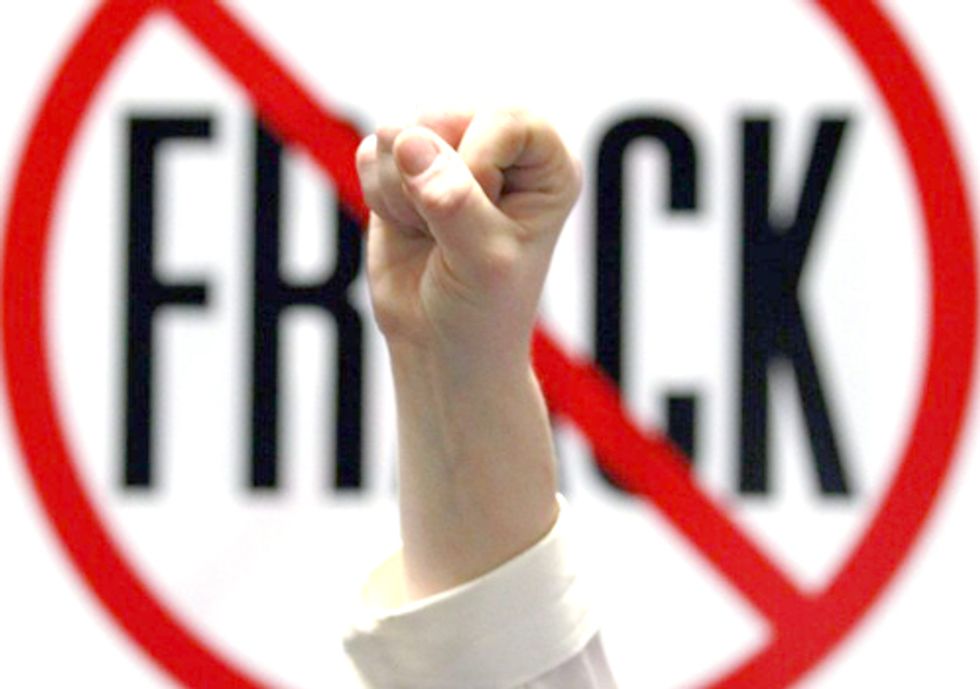 On March 5, more than 100 organizations—including environmental, religious and public health groups—expressed concern about President Obama’s endorsement of hydraulic fracturing and shale gas drilling in his recent State of the Union address.

“Amid mounting evidence of the harm and significant costs associated with drilling and fracking, it is premature to declare that government investment in shale gas drilling has been a success,” the groups wrote in a joint letter sent to the White House on March 5.

The groups, which represent more than 3 million supporters in 16 states, questioned the president’s statement that the U.S. sits atop a supply of natural gas that “can last America nearly 100 years.” They also disputed the claim that natural gas “will support more than 600,000 jobs by the end of the decade,” an estimate based in part on a study funded by the natural gas industry. The president repeated the job creation estimate in recent speeches on energy policy at the University of Miami on Feb. 23 and in New Hampshire on March 1.

“To consider an industrial process that has contaminated water supplies, caused rampant air pollution and disrupted communities across the country a success story is misguided,” said Adrienne Esposito, executive director of Citizens Campaign for the Environment, a non-partisan advocacy organization headquartered in New York State. “Our nation needs an energy policy based on solid, independent science, not industry hype.”

The 109 groups noted that the U.S. Environmental Protection Agency (EPA) is currently conducting two studies to determine whether hydraulic fracturing can contaminate water supplies. One of the studies, focused on the town of Pavillion, Wyo., has already found that fracking had likely contaminated groundwater.

“We now know that the results of fracking with unknown chemicals have included earthquakes in Ohio, contaminated drinking water in Pennsylvania and spoiled farmland and rivers wherever wastewater is dumped,” said the Rev. Jim Deming, minister for environmental justice for the Ohio-based United Church of Christ Justice and Witness Ministries. “The administration must take concrete, meaningful steps to safeguard the health of our citizens and protect the natural resources of our communities from this unregulated industry.”

“Homeowners across the country have had to witness first-hand what happens when the shale gas industry is left to regulate itself,” said Ken Cook, president of the Environmental Working Group (EWG), which drafted the letter. “We hope the administration will temper its enthusiasm for fracking until the EPA has completed its studies. We urge the president to work with Congress to not only require disclosure of fracking chemicals, but also to ensure that this industry no longer gets a free pass when it comes to compliance with major federal environmental laws.”

According to the Bloomberg news service, the job number cited by the president comes from an industry-funded study conducted by the consulting firm IHS Global Insight, whose Executive Vice President, Daniel Yergin, served on a federal shale gas advisory committee. In August 2011, EWG, along with federal and state lawmakers, scientists and public interest organizations objected that Mr. Yergin and five other members of the advisory committee had ties to the natural gas and oil industry. The committee’s final report sidestepped the crucial question of whether fracking should remain exempt from most federal environmental laws.