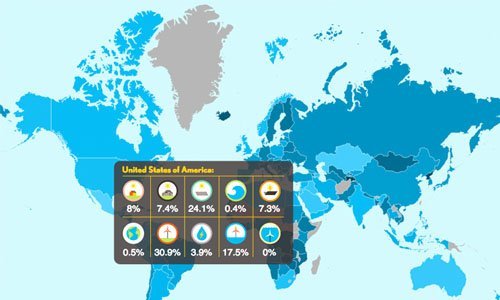 Many doubt the scientific, technical and economic feasibility of achieving 100 percent renewable energy in a single country or even globally. But this vision has never been more realistic than now, according to the latest International Renewable Energy Agency (IRENA) report and a paper written by Stanford University.

The first report by IRENA, RE Thinking Energy, points out that the transition to a sustainable energy future by 2030 is technically feasible and economically viable.

On the same day, Morocco announced its plan to launch a gigantic solar plant next month, capable of providing power to 1 million people.

IRENA’s report offers five key points for making this a vision a reality:

The Stanford University report goes a step further than IRENA, laying out roadmaps for 139 countries to go 100 percent renewable by 2050. According to the report, 100 percent scientifically doable. They even have a nifty interactive map showing all the countries and their plans. 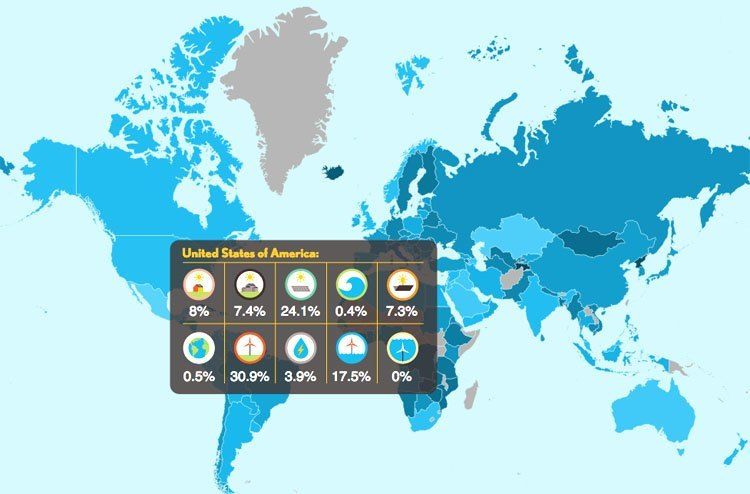 This interactive map showcases the benefits of a transition to 100 percent clean, renewable energy.

“I hope that the 139 country roadmaps, together with a just-published grid integration study for the U.S., will give confidence to leaders of the world that going to 100 percent clean, renewable energy for all purposes will not only provide reliable power at low cost, but will also create 22 million more jobs worldwide than it will cost, reduce international conflict over fuels because each country will largely be energy independent, reduce terrorism risk by providing more distributed power, eliminate the 4-7 million air pollution deaths annually worldwide and eliminate global warming,” said Mark Jacobson, Stanford University professor and main author of the report.

This global 100 percent renewable transition would create 24 million 35-year construction jobs and 26.5 million 35-year operation jobs for the energy facilities alone, the combination of which would outweigh by 22.1 million jobs lost in the conventional fossil fuel sector.

https://twitter.com/IRENA/status/668745897375760385 have installed more than 35 percent of their energy as renewables. The current world average conversion is 3.8 percent.

This is why Jacobson plans to attend COP21 in Paris next week and present the report to all the 139 governments. “The conversion to 100 percent renewables is technically and economically feasible. The main barriers are still social and political,” the study concludes.