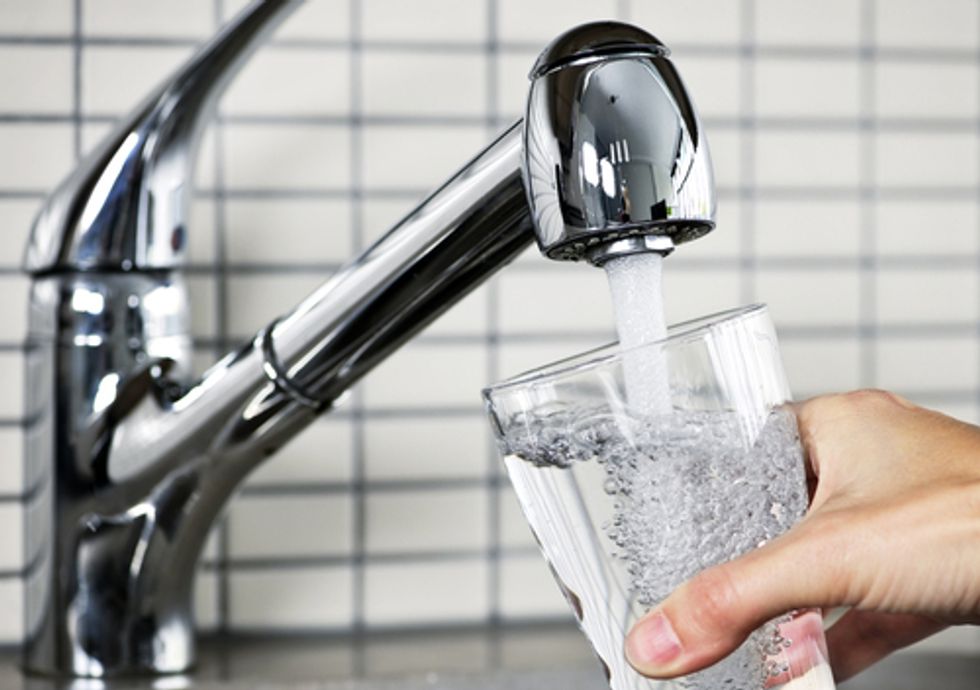 A new Environmental Working Group analysis of 2011 water quality tests by 201 large U.S. municipal water systems that serve more than 100 million people in 43 states has determined that all are polluted with unwanted toxic chemicals called trihalomethanes. These chemicals, an unintended side effect of chlorination, elevate the risks of bladder cancer, miscarriages and other serious ills.

“Many people are likely exposed to far higher concentrations of trihalomethanes than anyone really knows,” said Renee Sharp, a senior scientist at EWG and co-author of the analysis. “For most water systems, trihalomethane contamination fluctuates from month to month, sometimes rising well beyond the legal limit set by the federal Environmental Protection Agency.”

Trihalomethanes are formed when chlorine, added to treated water as a disinfectant, reacts with rotting organic matter such as farm runoff, sewage or dead animals and vegetation. Their concentrations tend to rise when storms increase organic pollution in waters that serve as sources for tap water.

Scientists suspect that trihalomethanes in drinking water may cause thousands of cases of bladder cancer every year. These chemicals also have been linked to colon and rectal cancer, miscarriages, birth defects and low birth weight.

Only one of the systems studied by EWG—Davenport, Iowa—xceeded the EPA’s upper legal limit of 80 parts per billion of trihalomethanes in drinking water. Since that regulation was issued in 1998, a significant body of scientific research has developed evidence that these chemicals cause serious disorders at much lower concentrations. Among the research are two Taiwanese studies conducted in 2007 and 2012 that associated increased risks of bladder cancer and stillbirth to long-term consumption of tap water with trihalomethane contamination greater than 21 parts per billion. Some 168 of systems, or 84 percent of the 201 large systems studied, reported average annual concentrations greater than that level.

California public health officials reviewed the research around trihalomethane contamination in 2010 and determined that to reduce the risk of bladder cancer to no more than one in a million, the drinking water standard would need to be set at 0.8 parts per billion, which is 100 times lower than the current legal limit set by U.S. Environmental Protection Agency (EPA).

The EPA regulates four members of the trihalomethane family, the best known of which is chloroform, once used as an anesthetic and, in pulp detective stories, to knock out victims. Today, the U.S. government classifies chloroform as a “probable” human carcinogen. California health officials consider it a “known” carcinogen. The EPA does not regulate hundreds of other types of toxic contaminants formed by water treatment chemicals. Among these unregulated but dangerous chemicals are nitrosamines, which are formed when a chloramine, a chlorine compound used for water treatment, reacts with organic matter. In 2010, then-EPA Administrator Lisa P. Jackson launched a drinking water initiative that committed the agency to investigate nitrosamine contamination. The U.S. government considers some chemicals in the nitrosamine family to be "reasonably anticipated" to be human carcinogens.

Clean source water is critical to breaking this cycle. The EPA has found that every dollar spent to protect source water reduced water treatment costs by an average of $27 dollars.

“We must do a better job of keeping farm runoff, sewage and other pollutants from getting into our drinking water in the first place,” said Sharp. “By failing to do so, Congress, the EPA and polluters leave no choice for water utilities but to treat dirty water with chemical disinfectants. Americans are left to drink dangerous residual chemicals generated by the treatment process.”

Environmental Working Group (EWG) is calling on federal officials to:

To reduce exposure to trihalomethane and many other pollutants in drinking water, EWG recommends consumers use a water filter system. EWG has released its online water filter guide, which helps consumers figure out which filter is best for themselves and their families.