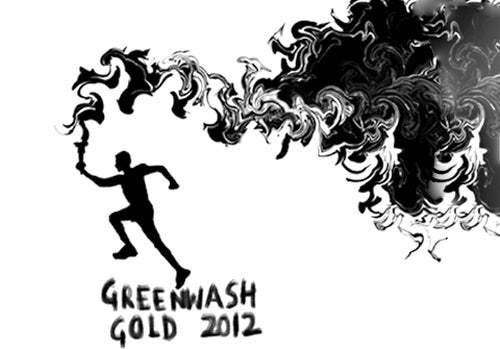 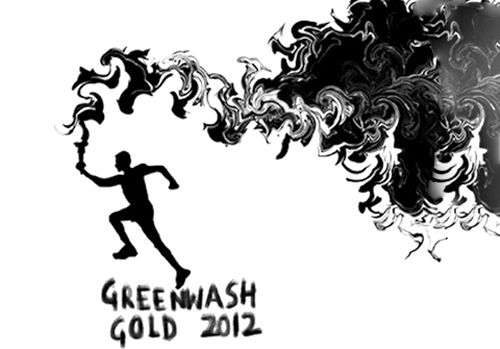 Organisers of the London Olympics are celebrating 100 days to go until the start of what they have called “the Greenest Games Ever.”

As the real countdown to the games begins, the main sponsors of the games will be exploiting their association with the Olympics to the maximum.

Take BP—Its brand is all over the Olympics. The controversial oil giant is the “Sustainability Partner” to the Games. It has set up a designated website, where the company states that it is “proud to be an Official Partner of the London 2012 Olympic and Paralympic Games.” The company boasts it “will play a central role in this summer’s Olympic and Paralympic Games in London.”

This begs the obvious question: How can an oil company that is still fighting compensation claims for America’s largest ever oil spill while continuing to exploit the dirty tar sands be involved with a games that claims to be green?

The oil company and the Olympic sponsors will not have it all their own way. A new campaign has been launched by activists this week, targeting some of the Olympic’s more controversial sponsors, including BP, Dow Chemical and Coca-Cola.

The activists have launched the Counter Olympics Network, which will campaign to expose the hypocrisy of some of the world’s largest polluters sponsoring the Olympics.

One of those activists is Jess Worth, from the UK Tar Sands Network, who said: “BP has bought itself the prestigious title of London 2012 sustainability partner. But this is dangerous greenwash. BP is one of the least sustainable companies on earth, responsible for the Deepwater Horizon disaster and the extraction of highly-polluting tar sands. Its entire business is geared towards keeping the world addicted to fossil fuels and driving us towards uncontrollable climate change.”

Another, Bryan Parras, from the Gulf Coast Fund for Ecological Health and Community Renewal argues that “The irony of BP sponsoring the “Greenest Olympics ever” is actually palpable in the Gulf of Mexico. Although the BP media machine professes all is well in the gulf, oil and tar balls still wash ashore with dead dolphins, turtles and other animals; people are sick from toxic exposure, and fishing communities have lost their livelihood.”

A third, Derrick Evans, from the Gulf Coast Fund, which supports victims of natural disasters and environmental accidents in the southern U.S., said “BP as the sustainability sponsor is utterly ridiculous. It’s a horrible mistake that you would have think had been written up by a satirist to lampoon either BP or London and the U.K., because it makes no sense.”

The three companies have been made the subject of short animated films, with members of the public invited to vote online for the “worst corporate sponsor of the Olympics.”

The company that tops the poll will receive the “Greenwash gold medal” from organisers. To vote go to the Greenwash Gold website.