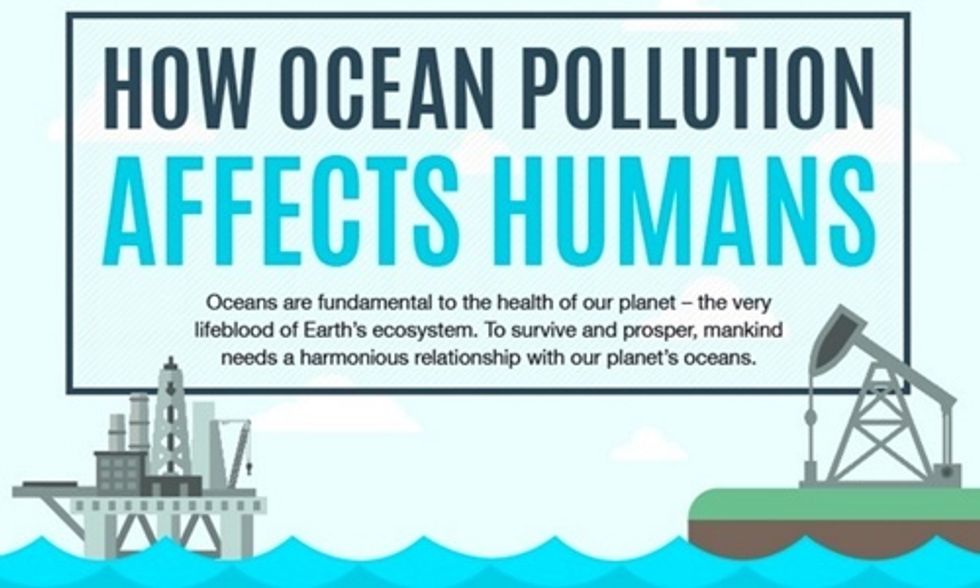 Our oceans are very polluted and full of plastic. Roughly 8 million tons of plastic is dumped into the world’s oceans every year, and according to a new study, the majority of this waste comes from just five countries: China, Indonesia, the Philippines, Thailand and Vietnam. Regardless of its source, plastic pollution has a devastating impact on marine life.

At EcoWatch, we've highlighted photos of sea turtles killed by ingesting plastic and other debris. And just recently, two whales have been killed from ingesting plastic bags and fishing gear. But ocean pollution affects humans too.

Check out this infographic from DIVE.in, an online scuba diving magazine, to learn how ocean pollution hurts us, too: