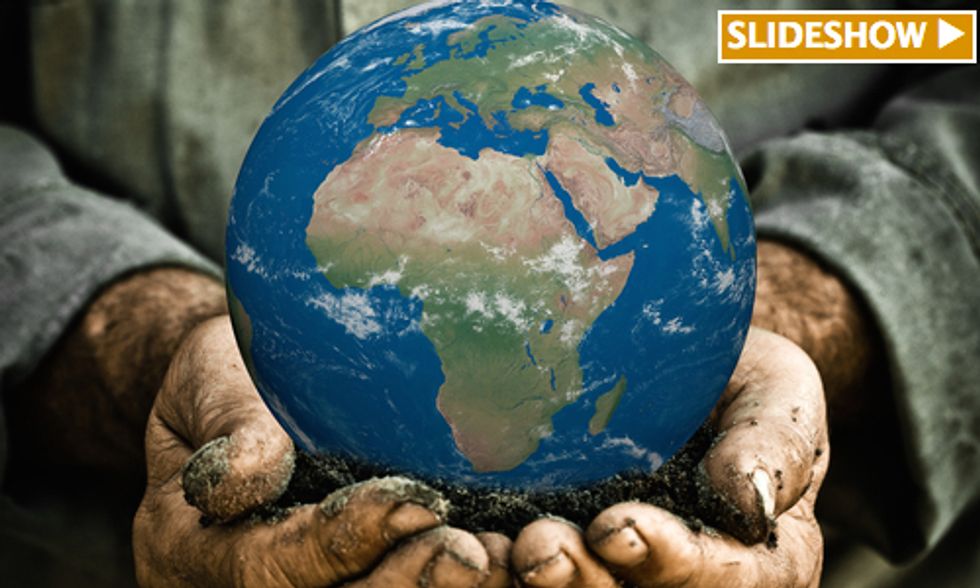 April 22 is called Earth Day, but we ought to spend more time looking in the mirror today.

It could help us understand what we have done and are doing to the planet.

Elsevier Connect, a digital resource of science, health and technology journals and data, helps us with that process by releasing an infographic entitled, "10 ways humans are affecting the Earth— for better and worse." The slides take a brief look at the good, like domestic gardens, and the bad, such as our horrible habit of filling up landfills with plastic.

"Air pollution is expected to become the world's top environmental cause of premature mortality in the next three decades, more than doubling the current figure of just over 1 million to nearly 3.6 million deaths per year in 2050," reads Elsevier's post, which references a Organization for Economic Co-operation and Development report.

"Soot, known as black carbon, is a particularly harmful pollutant typically released by diesel-fueled transportation and the burning of fossil fuels. It is the second leading contributor to global warming after carbon dioxide and has been linked to increases in chronic respiratory illness and cardiovascular disease, especially in China and other developing nations according, to Elsevier's Environmental Pollution journal.

Earth Day: Can We Save the Planet From Climate Change?