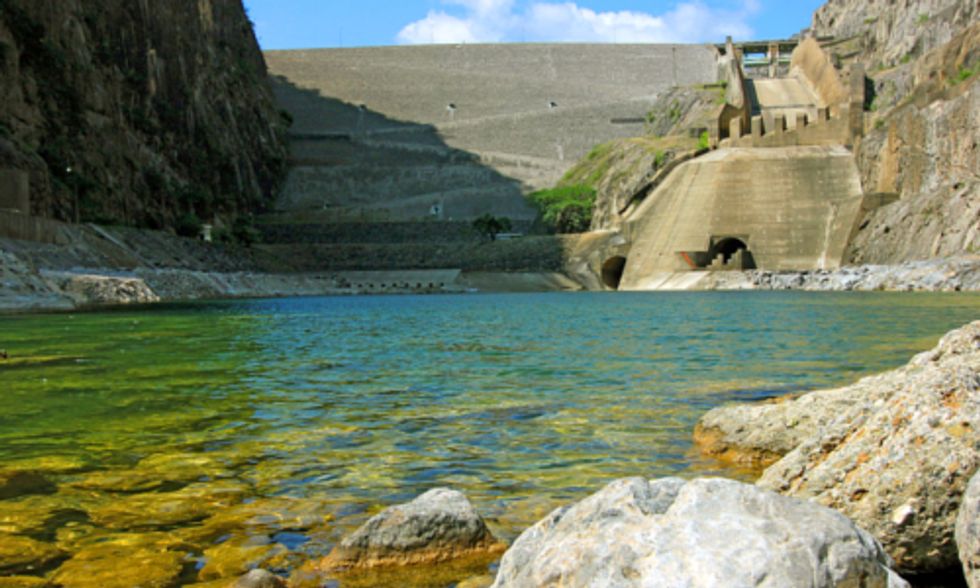 About 50,000 dams with a height of 15 meters or more and millions of smaller dams have been built on the world's rivers. Some of them date back centuries, but most were built after World War II. About 5,000 dams have a height of 60 meters or more—another 350 such giants are currently under construction.

The Grand Coulee dam on the Columbia River in Washington State was constructed between 1933-1942. Photo credit: Wikimedia Commons

2. Dams Are Changing the Face of the Earth:

Dams have fragmented two-thirds of the world's large rivers and flooded a land area the size of Spain. Their reservoirs contain three times as much water as all the world's rivers, and constantly lose close to four Niagara Falls to evaporation. Dams trap 40 cubic kilometers of sediments every year, and starve deltas of the silt that protects them against the intruding sea.

Dams block the migration of fish, deplete rivers of oxygen and interfere with the biological triggers that guide fish. They also reduce the ability of rivers to clean themselves. Due to dam building and other factors, the population of freshwater species declined by 37 percent between 1970-2008—more than the populations of any other ecosystems. Tropical freshwater populations declined by a stunning 70 percent.

5. Dams Are Changing the Climate:

Dams are not climate-neutral. Particularly in the tropics, organic matter rotting in their reservoirs emits methane, an aggressive greenhouse gas. Scientists have estimated that reservoirs account for four percent of all human-made climate change, equivalent to the climate impact of aviation. The floods and droughts caused by climate change in turn make dams less safe and less economic.

Dams have displaced an estimated 80 million people, with 23 million alone in China. Displacement robs people who are already poor and marginalized of their resources, skills and cultural identity, and impoverishes them further. Dams have also negatively impacted about 500 million people living downstream. The benefits of dams often bypass the people who sacrifice their livelihoods for them.

Most dams that displace large populations are being built by authoritarian governments. In Burma, China, Colombia, Ethiopia, Guatemala, Sudan and other countries, dam builders have often responded to opposition with serious human rights violations. In the worst dam-related massacre, more than 440 indigenous people were killed to make way for Guatemala's Chixoy Dam in 1982.

The Chixoy Dam in Guatamala was completed in 1982. Photo credit: Wikimedia Commons

Large dams belong to the most expensive investments many governments have ever made. An estimated 2,000 billion dollars has been spent on dams since 1950. Due to planning errors, technical problems and corruption, dams experience average delays of 44 percent and cost overruns of 96 percent. Such massive overruns make them uneconomic.

Sooner or later reservoirs silt up, and the cost of maintaining dams becomes bigger than their benefits. In the U.S., more than 1,000 dams have been removed at great cost. When dams are not properly built or maintained, they can break. In the world's biggest dam disaster, the failure of China's Banqiao Dam killed an estimated 171,000 people in 1975.

In 2012, governments and businesses installed 75 gigawatt of wind and solar power, compared with 30 gigawatt of hydropower. Such alternatives fare even better when social and environmental impacts and transmission costs are included. The International Energy Agency has proposed that 60 percent of the funds needed to achieve energy access for all should go to local renewable energy projects.