10 Things You Need to Know About the U.S.-China Climate Deal 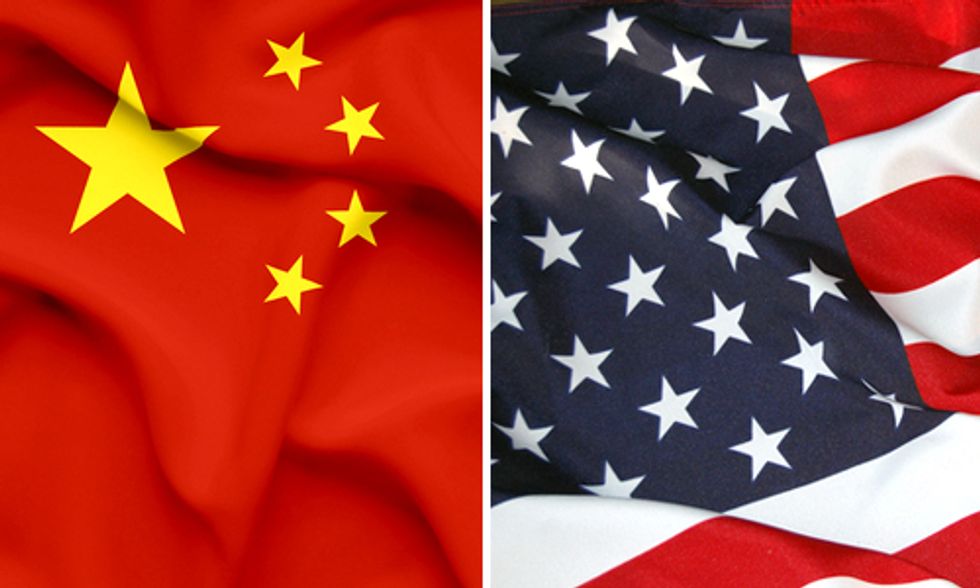 Last night, just weeks after the largest climate mobilization ever, the world's two biggest polluters—the U.S. and China—announced their most ambitious climate action yet. That is not a coincidence: it's a sign that our pressure is working, and that we need to apply much more.

The announcement today is an achievement for everyone who's held a banner, signed a petition and gone to jail—and a call for many more to join us going forward!

Here's my take on what the just-announced plan from President Obama and Premier Xi is, and isn't:

1. It is historic. John Kerry was right to use the phrase in his New York Times oped announcing the deal: for the first time a developing nation has agreed to eventually limit its emissions. This is a necessity for advancing international climate negotiations.

2. It isn't binding in any way. In effect President Obama is writing an IOU to be cashed by future presidents and Congresses (and Xi is doing the same for future Politburos). If they take the actions to meet the targets, then it's meaningful, but for now it's a paper promise. And since physics is uninterested in spin, all the hard work lies ahead.

3. It is proof—if any more was needed—that renewable energy is ready to go. The Chinese say they'll be using clean sources to get 20 percent of their energy by 2030—which is not just possible, it should be easy. Which they know because they've revolutionized the production of solar energy, driving down the cost of panels by 90 percent or more in the last decade.

4. It is not remotely enough to keep us out of climate trouble. We've increased the temperature less than a degree and that's been enough to melt enormous quantities of ice, not to mention set the weather on berserk. So this plan to let the increase more than double is folly—though it is good to see that the two sides have at least agreed not to undermine the 2 degrees Celsius warming target, the one tiny achievement of the 2009 Copenhagen conference fiasco.

5. It is a good way to put pressure on other nations. I've just come back from India, which has worked hard to avoid any targets of any sort. But the lesson from this pact is, actual world leaders at least need to demonstrate they're talking about climate; it makes the lead-up to the global negotiations in Paris next year more interesting.

6. It is a reason projects like Keystone XL and fracking make even less sense than ever. If President Obama is serious about meeting these kinds of targets, then we need serious steps; the surest way to undermine this commitment would be to approve new pipelines or authorize other new fossil fuel developments like fracking. If you pledge sobriety and then buy a keg of beer, people are going to wonder.

7. It is another reminder that it is past time to divest from fossil fuels. The burgeoning divestment movement has been arguing not just on moral grounds, but also making the point that the future will inevitably lead to a downsloping curve for the old energies. This is another warning—for anyone who looks more than a few quarters out, the writing is on the wall that the fossil fuel era is on its way out.

8. It's not, in any way, a stretch goal. These numbers are easy—if you were really being cynical, you could say they're trying to carefully manage a slow retreat from fossil fuels instead of really putting carbon on the run. The Germans, for instance, will be moving in on 60 percent of their energy from clean sources by the mid-2020s, when we'll still be cutting carbon emissions by small increments.

9. It is—and this is the real key—a reminder that movements work. President Obama first endorsed the 80 percent by 2050 goal he enshrined in this pact when he was running for president in 2007, a week after 1,400 demonstrations around the nation demanded that goal. This comes seven weeks after by far the largest global climate demonstrations in history, and amidst ongoing unrest in China about the filthy air in its cities.

10. It isn't, in other words, a reason to slack off one bit in the ongoing fight for a livable climate, a fight we must continue at all cost. If we want this to be a start, and not a finish, we've got to build even bigger and more powerful movements that push the successors of these gentlemen to meet what science demands.

Today is an achievement for everyone who's held a banner, signed a petition and gone to jail—and a call for many more to join us going forward!