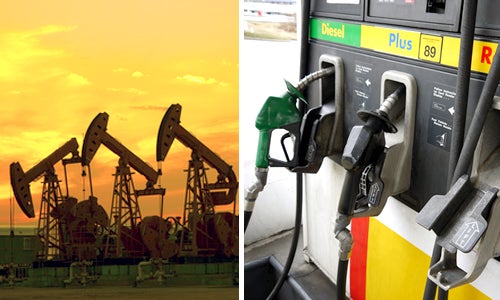 Here we sit, inundated with gloomy but indecipherable news on the economy and energy. Perched on the cliff of a slumping global economy, the price of oil slipping down from obscene $100+ levels, the media offers massively contradictory explanations.

Do we have too much oil or too little? Is cheaper oil good or bad for the economy? Will U.S. oil production leave us a major exporter or will North American drilling rigs shut down as oil prices fall? Is Saudi Arabia’s preference for expensive oil prevailing or is it Iran in the driver’s seat seeking exorbitantly costly crude? 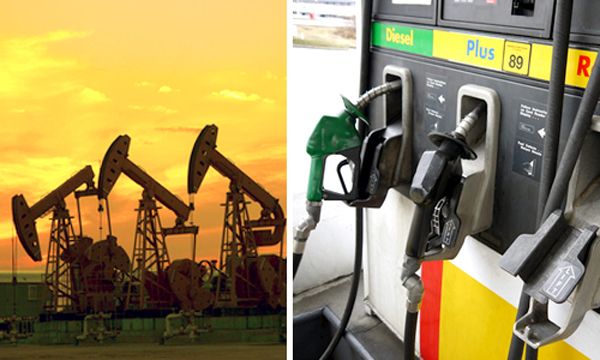 The solution—and the only solution—is to break oil’s monopoly. Replacing it as a transportation fuel faster than the global economy grows, with efficient vehicles, electrification, biofuels and road to rail enables rapid growth accompanied by steadily lower oil (and fuel) costs.

We should remember we’ve been here, more scarily, before. The collapse of soaring oil prices signaled the beginning of the 2008 Great Recession. This milder repeat performance is not so confusing if we look at the basics—and remember that what counts about oil is not where it is produced, or exactly how much we need, but its price.

Ten things to remember about the price of oil

1. The price for all 93 mbd (million barrels of oil a day) the world consumes are set by the cost of producing the final, most expensive marginal barrels—currently from tar sands and deep ocean drilling. That price has fallen from $110 to $90 in the last year. It’s still sky-high–triple what it was a decade ago

2. Most global oil costs much, much less than $90 to pump. Half, mostly in Russia and OPEC, cost $40 or less. Another third, conventional oil around the world and shale oil in the U.S., costs $65 or less. Only the final 10 percent requires $75 and up.

3. This gap—high consumer prices for mostly low cost oil—transfers enormous wealth from the U.S., China and Europe to the governments of Russia and OPEC. These “petroleum rents” equal 3 percent of global GDP—$2.2 trillion. They drag down the world economy as much as shutting down Great Britain. (China spends most of its huge trade surplus with the US importing oil. That’s a big reason its growth has slowed.)

4. Oil is a little cheaper because

8. But when growth resumes—without equivalent investment in clean transport—crude oil will spike again.  Industry will resume investing in expensive new exploration. But once again the growing oil tax on consumers will crush prosperity. Oil prices increase whenever the global economy grows faster than alternatives replace petroleum.

9. Worse, oil companies are not financing the search for new but unaffordable oil fields from their profits—they use those use to pump up their stock. (83 percent in the case of Exxon). Instead, they are borrowing from banks and other investors, putting the entire world economy at risk from an overleveraged oil and gas sector.

10. The core dilemma is that there is a surplus of $100 oil, but consumers cannot afford it. Prosperity requires $60-70 fuel. There is a lot of oil in that price range—but not quite enough to sustain global growth. The world economy is caught in a “volatility trap” between insufficient if affordable conventional oil and abundant but unaffordable extreme crude

The solution—and the only solution—is to break oil’s monopoly. Replacing it as a transportation fuel faster than the global economy grows, with efficient vehicles, electrification, biofuels and road to rail enables rapid growth accompanied by steadily lower oil (and fuel) costs. Our need for expensive crude will fade away. (Remember how much long distance telephone calls cost when Ma Bell had a monopoly. Oil’s transportation monopoly works the same way. We can have cheap transportation—only if oil faces competition).

The terrific news is that substitutes for oil cost less, less than last year’s $110, but also less than the new $90 benchmark. Goldman Sachs estimates that methanol, CNG either fossil or bio-sourced and electric cars are all cheaper than gasoline or diesel powered cars to buy and operate:

So the bottom line is that global energy consumers and their governments face a major choice: they can allow oil to retain its monopoly as a transportation energy source, even though cleaner options like electricity or rail are cheaper. We’ve tried that since oil prices began to rise in 2003, and we know where it leads. Global economic growth drives up oil prices, but provides no alternatives. Importing economies are drained of hundreds of billions of dollars. Eventually oil prices stall economic growth. The cycle begins again.

Or we can do for transportation what we did for telecommunications. Break the monopoly, invest in innovation—and as it happens, start moving beyond the fossil fuel that now looms as the biggest threat to climate security—oil. Cheap fuel will be good for the climate.