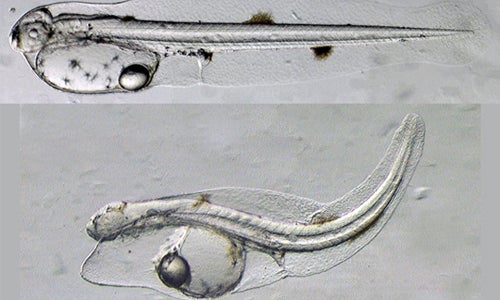 BP just released a new report on the state of the Gulf, Gulf of Mexico: Environmental Recovery and Restoration. The glossy report is filled with footnotes and citations, but leaves key pieces of science out. 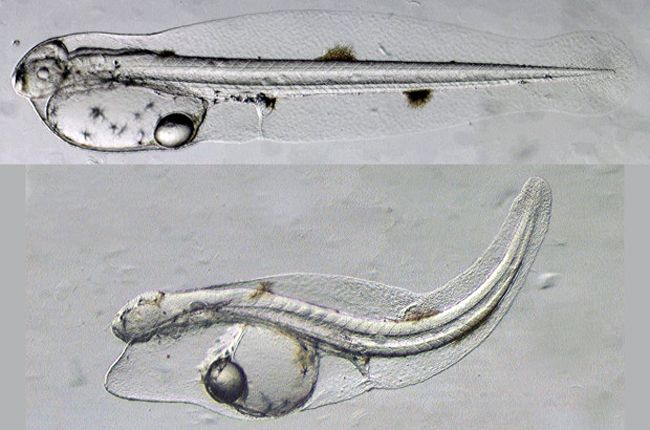 If you are interested in the ongoing impacts of BP oil spill, stay tuned for National Wildlife Federation’s upcoming report Gulf Wildlife in the Aftermath of the Deepwater Horizon Disaster: Five Years and Counting. This new report, which looks at 20 species of wildlife or wildlife groups, will be released March 30.

1. Dolphins died before the spill–from freshwater

The report says: “An “unusual mortality event” (UME) involving an abnormally high number of dolphin deaths in the Gulf of Mexico began in February 2010, months before the Deepwater Horizon accident.”

What it leaves out: The deaths of a cluster of dolphins during the months before the Deepwater Horizon exploded were likely caused by extended exposure to fresh water and unusually cold weather. (Source: NOAA)

2. Gulf dolphins are now very susceptible to an old disease

The BP report says: “NOAA has said that brucella, a bacterium that can infect animals, is “a common thread” in a number of the animals examined. Nearly one-third of the dolphins tested as of Nov. 25, 2014 were positive for brucella.”

What it leaves out: In 2011, Teri Rowles, the coordinator of NOAA’s National Marine Mammal Health and Stranding Response Program said, “Severe environmental stress, including from exposure to oil, could have reduced the animals’ ability to fight infection.”(Source: NOAA)

And in 2013, NOAA released a study showing that dolphins in heavily-oiled Barataria Bay had adrenal gland problems consistent with oil exposure that would in fact harm their ability to fight infections.(Source: Environmental Science & Technology)

3. For the Kemp’s ridley, anything less than an increase is a decrease

The BP report says: “For Kemp’s ridley sea turtles, nesting numbers the two years after the accident were above historical averages.”

What it leaves out: Up until 2009, Kemp’s ridley nests were increasing exponentially (15-19%) every year. In 2011 and 2012, the number of Kemp’s ridley nests—while essentially the same as the numbers seen in 2009—were still below expectations. Even more troubling are the significant decreases in nests seen in 2010, 2013, and 2014. (Source: Gulf States Marine Fisheries Commission)

4. Sperm whales in the Gulf have high levels of toxic metals

The BP report says: “While data analysis is ongoing, BP has not seen any evidence indicating that oil or dispersant compounds from the Deepwater Horizon accident have impacted the health of whales in the Gulf.”

What it leaves out: Researchers have found higher levels of DNA-damaging metals such as chromium and nickel in sperm whales in the Gulf of Mexico compared to sperm whales elsewhere in the world. (Source: Environmental Science & Technology)

And a recent study found that the two dispersants used in the Deepwater Horizon spill—Corexit 9500 and 9527—were both found to be damaging to sperm whale cells and DNA. (Source: Aquatic Toxicology)

The BP report says: “A study by university and government researchers examined the overlap between spawning habitat and oiled waters and concluded that the spawning area for bluefin tuna extended much farther west than previously known and that “the proportion of spawning habitat impacted by oil was generally predicted to be small (<10%).”

What it leaves out: Estimates vary on how many larval bluefin tuna may have been exposed. One NOAA study estimated that the figure could be as high as 20 percent. (Source: NOAA)

And a recent comprehensive laboratory study found that a chemical in Deepwater Horizon oil can cause irregular heartbeats in bluefin and yellowfin tuna that can lead to heart attacks, or even death. The resulting heartbeat changes significantly altered the development of other organs. The researchers suggest that many other vertebrate species in the Gulf could have been similarly affected. (Source: Science)

6. Right after the spill, red snapper and other fish had unusual lesions

The BP report says: “Researchers from the University of South Alabama and Dauphin Island Sea Lab in Alabama took samples of reef fish from the Alabama and western Florida Panhandle coasts from January 2010 to June 2011. They found no significant evidence of diseased fish in those populations.”

What it leaves out: In the aftermath of the spill, a number of fish caught in the Gulf between eastern Louisiana and western Florida had unusual lesions or rotting fins. Lesions were most common in bottom-dwelling species, including red snapper, and were particularly common north of the wellhead. (Source: Transactions of the American Fisheries Society)

The BP report says: “In an Auburn University study published in 2014, researchers found no evidence that the spill affected young red snapper populations on reefs off the Alabama coast.”

What it leaves out: Both 2010 and 2011 had the lowest numbers of juvenile red snapper seen in the eastern Gulf fishery since 1994. (Source: NOAA SEDAR)

The BP report says: “Data from studies that BP conducted independently indicate that in 2011, the spill did not adversely impact bird productivity – how successful birds are at producing offspring. Brown pelicans, laughing gulls, great egrets, black skimmers, bald eagles and ospreys were studied.

What it leaves out: Preliminary data from 2012 and 2013 indicate that seaside sparrows from nests on unoiled sites were significantly more likely to fledge than those on oiled sites.. (Source: BioScience)

9. Oil is still washing up on beaches

The BP report says: “Since some of the heavily oiled areas were last surveyed a year or two earlier, NRDA teams resurveyed the areas in 2014 and determined that a total of just one mile remained heavily oiled.”

What it leaves out: Recent studies of beach shoreline in Alabama suggest that tar balls are likely to continue washing up for years to come on Gulf Coast beaches, and could pose a risk to organisms living on or near those beaches. (Source: Science of the Total Environment)

The BP report says: “A 2012 University of Florida study that measured the rate of marsh erosion in a limited geographic area in Louisiana showed that erosion rates returned to normal 18 months after the spill and that its impact was generally limited to the edge of the marshes.”

What it leaves out: In May 2013, three years after the spill, more than 80 miles of marsh shoreline in Louisiana remained visibly oiled. The long-term effects of the oiling of Gulf marshes are still unclear and may take decades to unfold. (Source: International Oil Spill Conference)