10 Superfoods That Will Boost Your Energy 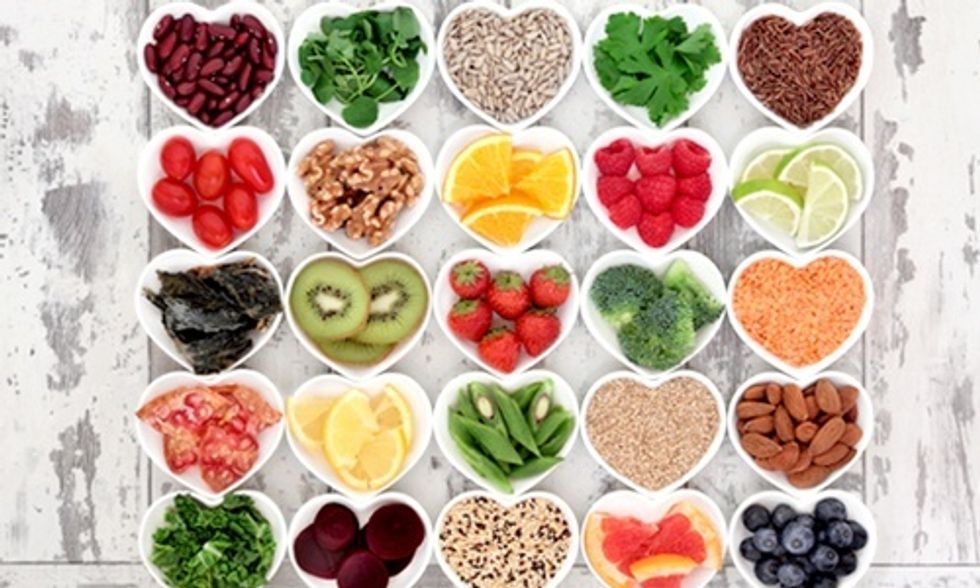 You've probably heard the term superfoods—it's often applied to things like brown rice, spinach, yogurt, tomatoes and other healthy fare—but have you ever wondered what makes a food super? It's about efficiency: Superfoods not only pack more nutritional punch per bite than other foods do, they also have other properties that directly support the immune system, cut down on inflammation in the body, support mental health, and boost energy, stamina and longevity. You can't ask for much more than that from a single food.

Superfoods have to be not only nutritious but delicious if anyone is actually going to eat them.
Photo credit: Shutterstock

But here's a reality check: No food is super unless it tastes good, too, because otherwise you wouldn't be willing to eat it. With that in mind, here's my top 10 list of energy-boosting superfoods that everyone should eat on a regular basis.

These are arguably the most perfect superfood because they're high in fiber, protein, potassium, magnesium and other minerals. Oats are best eaten at breakfast because the fiber they contain is digested slowly, which stabilizes blood sugar levels all day. Oats have been shown in large-scale studies to lower cholesterol, which is why they're considered a heart-healthy food. If you're not a fan of oatmeal (I confess: I don't care for it), you can sprinkle them onto a bowl of cold cereal or yogurt, sneak oats into turkey meat loaf, or toss them into salads or casseroles for a nutritional boost.

This gluten-free grain has more protein than any other grain or rice. It's so rich in amino acids (such as lysine, cysteine, and methionine) that it's actually considered a complete protein (generally, complete proteins are only found in animal products). The amino acids help with muscle repair after exercise, while the folate, magnesium, and phosphorus in quinoa support energy levels.

Try serving it up as a curried "risotto."

In addition to being loaded with powerful antioxidants and energy-boosting carbs, blueberries contain vitamins A and C, folate, potassium, magnesium and fiber. Research suggests that these nutrients, along with the phytochemicals (health-promoting compounds that give plants their pigment) in blueberries, boost immune function and lower depressive symptoms by stopping the buildup of free radicals. This helps the body and mind recover from stress and cellular injury faster.

Loaded with anti-inflammatory omega-3 fatty acids (in particular, docosahexaenoic acid, or DHA, and eicosapentaenoic acid, or EPA) that improve heart health, salmon is also a stellar source of protein. The American Heart Association recommends having fatty fish like salmon at least twice a week. Dietary intakes of fish and omega-3 fatty acids have been found to reduce depressive symptoms and improve cognitive function. Salmon's energy-boosting effects are related to improved metabolism, including the more efficient use of oxygen in the body during exercise.

Just be sure to avoid farmed slamon.

A source of healthy fats, avocados are full of fiber, potassium, vitamins A and E, and folate. They're also a good source of an omega-3 fatty acid called alpha-linolenic acid, which improves the metabolic aspects of heart health including levels of oxidative risk factors, blood fat levels and inflammatory markers (like homocysteine, which is often elevated in fatigue-causing conditions like diabetes, arthritis and chronic fatigue syndrome).

Not only is it low in fat and a good source of protein, but turkey contains the amino acid tyrosine, which elevates levels of dopamine and norepinephrine, brain chemicals that keep you more alert and focused. (Don't worry that eating turkey will make you sleepy because of its tryptophan; turkey doesn't have much more of this amino acid than chicken or fish does.) It also contains vitamins B6 and B12, which have been shown to ease insomnia and depression and boost energy.

Used for 5,000 years in Chinese medicine to stimulate energy and mental acuity as well as lower stress, goji berries are believed to increase bloodflow, causing energy-enhancing oxygen to flow more freely throughout the body. These bright orange-red berries are concentrated sources of antioxidants; they can be eaten raw, cooked or dried like raisins.

Packed with protein and fiber, almonds also contain calcium, potassium, phosphorus and vitamin E. What's more, they're a rich source of magnesium, which plays a key role in converting sugar into energy. Having low levels of magnesium in your body can drain your energy and cause sleep problems and leg cramps.

These legumes are powerhouse sources of low-fat protein, fiber, iron, potassium, zinc and folate. They're also rich in selenium, a mineral that may be a natural mood enhancer; studies have linked low selenium levels to poorer moods and lower energy levels. The fiber in these petite legumes stabilizes blood sugar.

Here's how to cook lentils.

Loaded with vitamin C, vitamin A, calcium, iron, and potassium, this leafy green vegetable is also a solid source of protein and fiber—and it's very low in calories. In addition, it's packed with flavonoids, phytochemicals with antioxidant properties, which is why kale earns one of the highest ORAC ratings among vegetables.