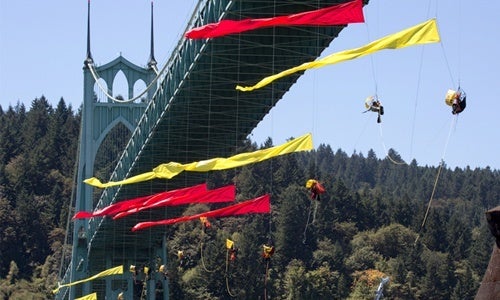 Thirteen Greenpeace climbers remain suspended below the St. John’s Bridge, blocking the Shell Oil vessel’s route out of Portland, Oregon, for more than 24 hours. The climbers spent much of yesterday, Tweeting, livestreaming and speaking with journalists, while hanging from the bridge, to urge President Obama to use his last chance to stop Shell’s Arctic oil drilling plans.

“The sun is now setting on an incredible day of speaking truth to power and effective direct action,” Greenpeace activist Georgia Hirsty said yesterday, one of the climbers rappelled from the bridge.

“Kayaktivists occupied the sea, local activists protested from shore, Greenpeace occupied the air and Shell’s Fennica did not pass! I’m filled with gratitude and humility for all those who have carried this fight and for my fellow climbers who, although too far away to speak to, are beautifully represented by their strong, billowing flags steadily pointing for Shell to turn around and stay out of the Arctic,” Hirsty said.

The Shell Oil vessel, the MSV Fennica, after receiving repairs to its damaged hull, is now trying to leave the Portland Port to take the required capping stack for the oil wells to the drill site in the Arctic Ocean. Last week, the Obama administration granted federal permits that clear the way for the oil company to begin drilling. The company is only permitted to drill the top sections of its wells, thousands of feet above any projected oil, but once the Fennica is at Shell’s drill site, Shell can reapply for federal approval to drill into hydrocarbon zones in the Chukchi Sea. 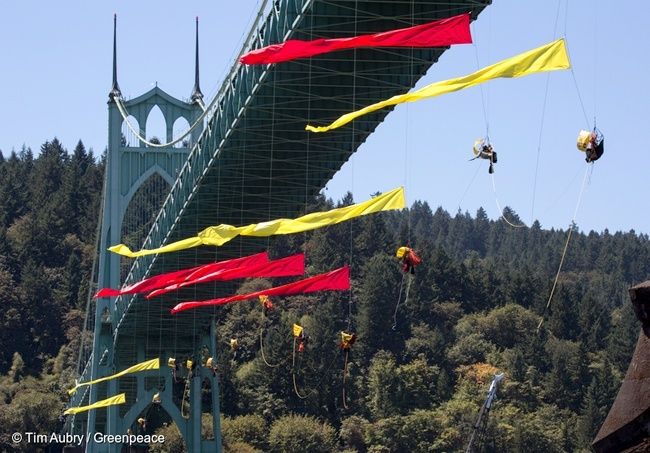 Streamers float in the wind under the St. Johns Bridge In as activists climbed under the bridge in an attempt to prevent the Shell leased icebreaker, MSV Fennica from joining the rest of Shell’s Artctic drilling fleet. T According to the latest federal permit, the Fennica must be at Shells drill site before Shell can reapply for federal approval to drill deep enough for oil in the Chukchi Sea. Photo credit: Greenpeace USA 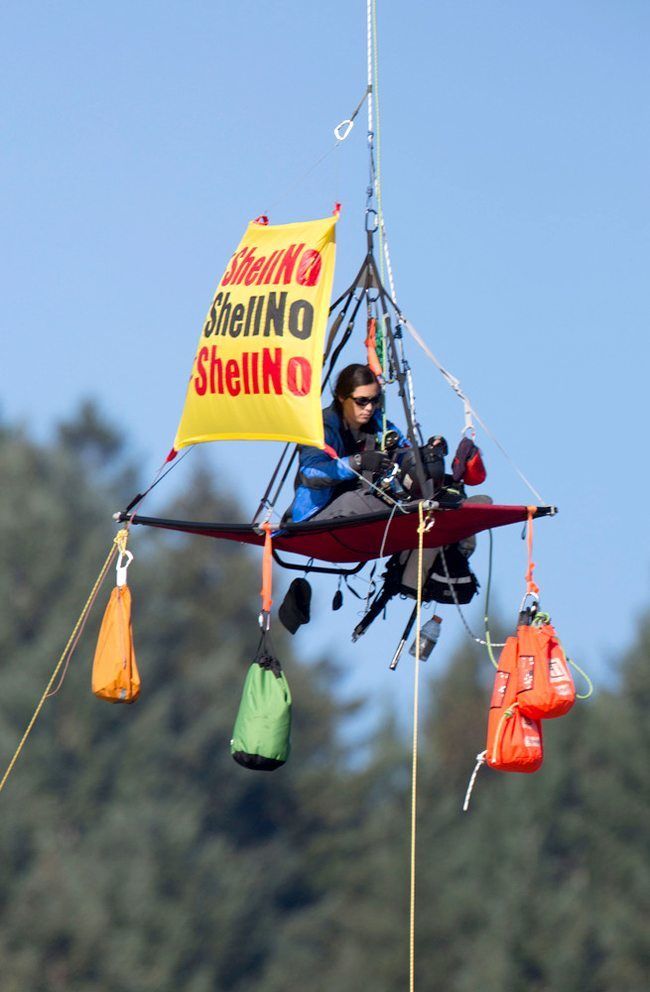 An activist under the St. Johns Bridge in an attempt to prevent the Shell leased icebreaker, MSV Fennica from passing underneath the bridge on its way to join the rest of Shell’s drilling fleet. Photo credit: Greenpeace USA 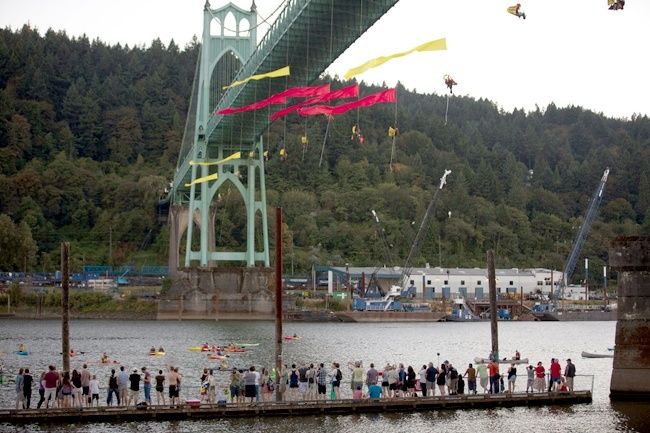