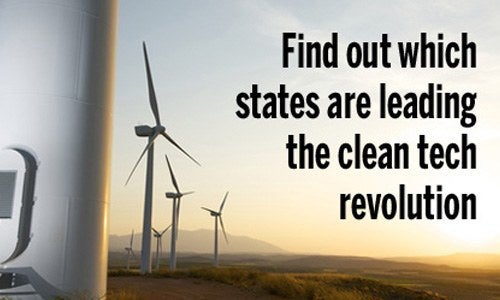 What’s the state of clean technology in America? Think renewable energy (wind, solar, hydro power, etc.), adoption of electric vehicles, green building and many other factors. As shown by this new nation-wide index, some states are rising above the pack compared to others. 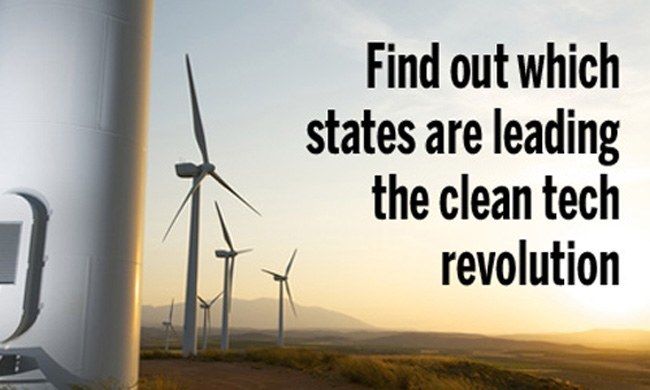 “Solar and wind power, along with natural gas and energy efficiency, are now the mainstream choices for meeting the nation’s electricity needs; coal-fired and nuclear power, the dominant choices of the 20th century, have become the marginalized ‘alternatives,'” the report states.

The state index is based on 70 indicators within three main categories—technology, policy and capital. Indicators in each category include green buildings, clean electricity and transportation, regulations, mandates and incentive programs, clean-tech investment activity, patent activity and the presence of educational, research and other related institutions. 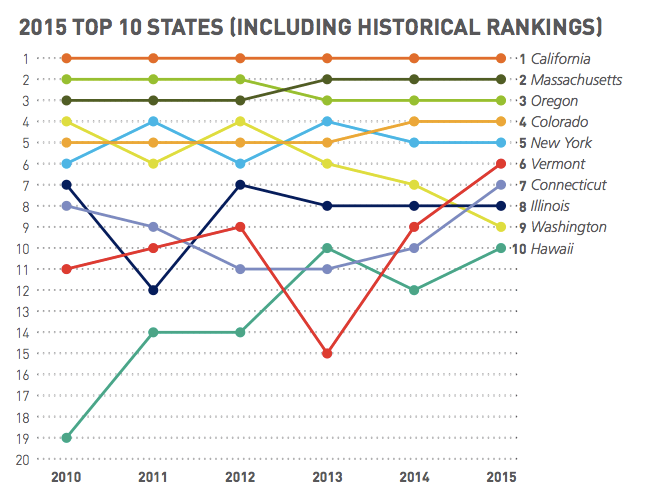 California, a technology category leader, has been the top clean tech state on the Clean Edge list for six years running. The state also topped the list for electricity, transportation and energy intelligence/green buildings. The report’s authors commended the state’s 50 percent renewables goal by 2030 set by Gov. Jerry Brown, its carbon market and also recognized how the Golden State has 55,000 people employed in its booming solar industry alone.

“California sets the pace for what a clean-energy economy looks like,” the report said.

Hawaii, which has reentered this year’s top 10 after slipping to No. 12 last year, was also recognized for establishing the country’s first statewide 100 percent renewables target by 2045.

Here are some key findings from Clean Edge’s report:

Take a look at the country as a whole. California’s efforts to go green have catapulted it to the top, with Nebraska sitting on the very bottom of the list. 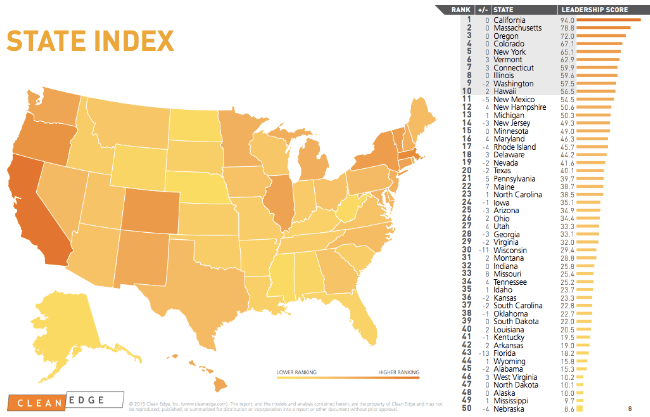 Where does your state rank? Photo Credit: Clean Edge