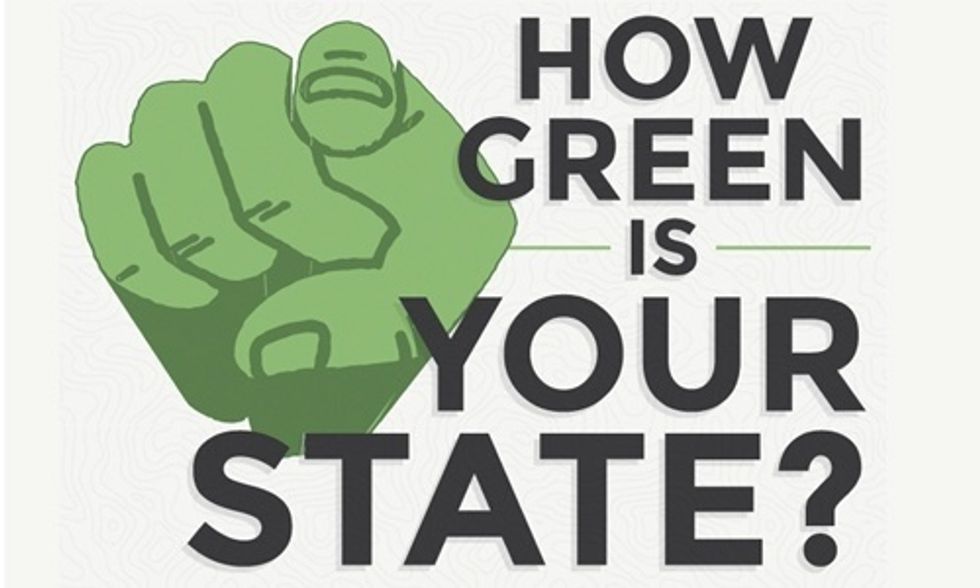 Renewable energy is key in transitioning to a low carbon economy, according to The Solutions Project, whose board of directors includes Mark Ruffalo and Josh Fox. And 100 percent renewable energy is not only possible, it's happening.

Last week, 1,000 mayors issued a declaration in Paris at the Climate Summit for Local Leaders, pledging to "support ambitious long-term climate goals such as a transition to 100 percent renewable energy in our communities.”

On Dec. 15, San Diego, California is voting on a proposed plan to get 100 percent of its energy from renewable sources by 2035. Las Vegas and other major cities around the world want to go 100 percent renewable, too. Uruguay recently announced they generate nearly all of their energy from clean sources. And three U.S. cities—Burlington, Vermont; Aspen, Colorado; and Greensburg, Kansas—along with Kodiak Island, Alaska, have already made the transition.

Here are the states leading the charge in renewables, according to research from Olivet Nazarene University, sourcing this Energy.gov map: