10 Reasons Fasting Is Good for You 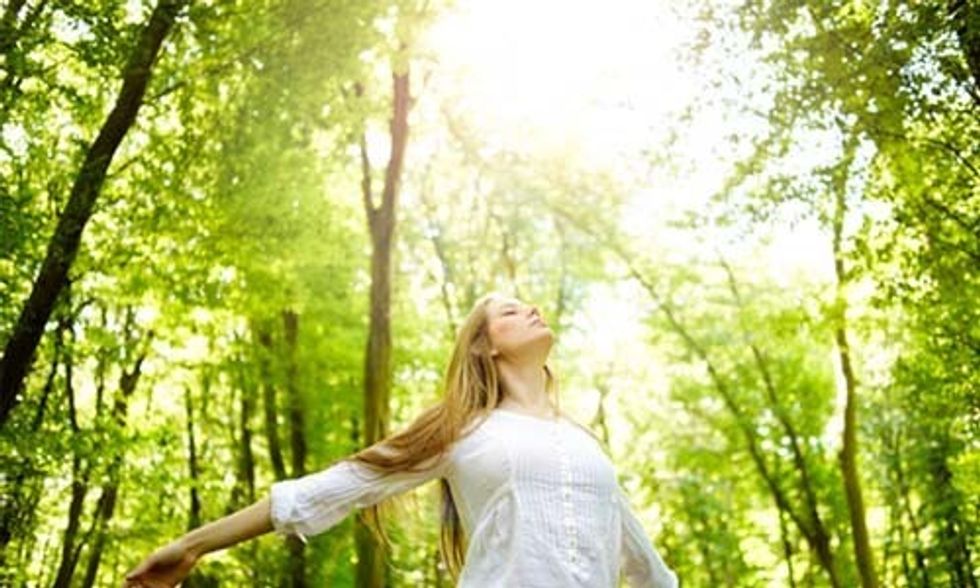 Intermittent fasting is an eating pattern where you cycle between periods of eating and fasting.

Numerous studies show that it can have powerful benefits for your body and brain.

One of the most exciting applications of intermittent fasting may be its ability to extend lifespan.
Photo credit: Shutterstock

1. Intermittent Fasting Changes The Function of Cells, Genes and Hormones

When you don't eat for a while, several things happen in your body.

Here are some of the changes that occur in your body during fasting:

Many of the benefits of intermittent fasting are related to these changes in hormones, gene expression and function of cells.
Bottom Line: When you fast, insulin levels drop and human growth hormone increases. Your cells also initiate important cellular repair processes and change which genes they express.

2. Intermittent Fasting Can Help You Lose Weight and Belly Fat

Many of those who try intermittent fasting are doing it in order to lose weight (9).

Unless if you compensate by eating much more during the other meals, you will end up taking in fewer calories.

Lower insulin levels, higher growth hormone levels and increased amounts of norepinephrine (noradrenaline) all increase the breakdown of body fat and facilitate its use for energy.

For this reason, short-term fasting actually -increases- your metabolic rate by 3.6-14 percent, helping you burn even more calories (10, 11).

In other words, intermittent fasting works on both sides of the calorie equation. It boosts your metabolic rate (increases calories out) and reduces the amount of food you eat (reduces calories in).

According to a 2014 review of the scientific literature, intermittent fasting can cause weight loss of 3-8 percent over 3-24 weeks (12). This is a huge amount.

The people also lost 4-7 percent of their waist circumference, which indicates that they lost lots of belly fat, the harmful fat in the abdominal cavity that causes disease.

Its main feature is high blood sugar levels in the context of insulin resistance.

Anything that reduces insulin resistance should help lower blood sugar levels and protect against type 2 diabetes.

Interestingly, intermittent fasting has been shown to have major benefits for insulin resistance and lead to an impressive reduction in blood sugar levels (12).

One study in diabetic rats also showed that intermittent fasting protected against kidney damage, one of the most severe complications of diabetes (13).

What this implies, is that intermittent fasting may be highly protective for people who are at risk of developing type 2 diabetes.

However, there may be some differences between genders. One study in women showed that blood sugar control actually worsened after a 22-day long intermittent fasting protocol (14).

4. Intermittent Fasting Can Reduce Oxidative Stress and Inflammation in The Body

Oxidative stress is one of the steps towards aging and many chronic diseases (14).

It involves unstable molecules called free radicals, which react with other important molecules (like protein and DNA) and damage them (15).

Additionally, studies show that intermittent fasting can help fight inflammation, another key driver of all sorts of common diseases (17, 18, 19)

Bottom Line: Studies show that intermittent fasting can reduce oxidative damage and inflammation in the body. This should have benefits against aging and development of numerous diseases.

5. Intermittent Fasting May be Beneficial For Heart Health

It is known that various health markers (so-called “risk factors") are associated with either an increased or decreased risk of heart disease.

However, a lot of this is based on animal studies. The effects on heart health need to be studied a lot further in humans before recommendations can be made.

When we fast, the cells in the body initiate a cellular “waste removal" process called autophagy (7, 24).

This involves the cells breaking down and metabolizing broken and dysfunctional proteins that build up inside cells over time.

Increased autophagy may provide protection against several diseases, including cancer and Alzheimer's disease (25, 26).

Cancer is a terrible disease, characterized by uncontrolled growth of cells.

Fasting has been shown to have several beneficial effects on metabolism that may lead to reduced risk of cancer.

There is also some evidence on human cancer patients, showing that fasting reduced various side effects of chemotherapy (31).

Bottom Line: Intermittent fasting has been shown to help prevent cancer in animal studies. One paper in humans showed that it can reduce side effects caused by chemotherapy.

8. Intermittent Fasting is Good For Your Brain

Several studies in rats have shown that intermittent fasting may increase the growth of new nerve cells, which should have benefits for brain function (32, 33).

It also increases levels of a brain hormone called brain-derived neurotrophic factor (BDNF) (32, 34, 35), a deficiency of which has been implicated in depression and various other brain problems (36).

Animal studies have also shown that intermittent fasting protects against brain damage due to strokes (37).

Bottom Line: Intermittent fasting may have important benefits for brain health. It may increase growth of new neurons and protect the brain from damage.

Alzheimer's disease is the world's most common neurodegenerative disease.

There is no cure available for Alzheimer's, so preventing it from showing up in the first place is critical.

A study in rats shows that intermittent fasting may delay the onset of Alzheimer's disease or reduce its severity (38).

In a series of case reports, a lifestyle intervention that included daily short-term fasts was able to significantly improve Alzheimer's symptoms in 9 out of 10 patients (39).

Animal studies also suggest that fasting may protect against other neurodegenerative diseases, including Parkinson's and Huntington's disease (40, 41).

However, more research in humans is needed.

Bottom Line: Studies in animals suggest that intermittent fasting may be protective against neurodegenerative diseases like Alzheimer's disease.

10. Intermittent Fasting May Extend Your Lifespan, Helping You Live Longer

One of the most exciting applications of intermittent fasting may be its ability to extend lifespan.

Studies in rats have shown that intermittent fasting extends lifespan in a similar way as continuous calorie restriction (42, 43).

In some of these studies, the effects were quite dramatic. In one of them, rats that fasted every other day lived 83 percent longer than rats who weren't fasted (44).

Although this is far from being proven in humans, intermittent fasting has become very popular among the anti-aging crowd.

Given the known benefits for metabolism and all sorts of health markers, it makes sense that intermittent fasting could help you live a longer and healthier life.

The Vegetarian and Vegan Guide to a Low-Carb Diet