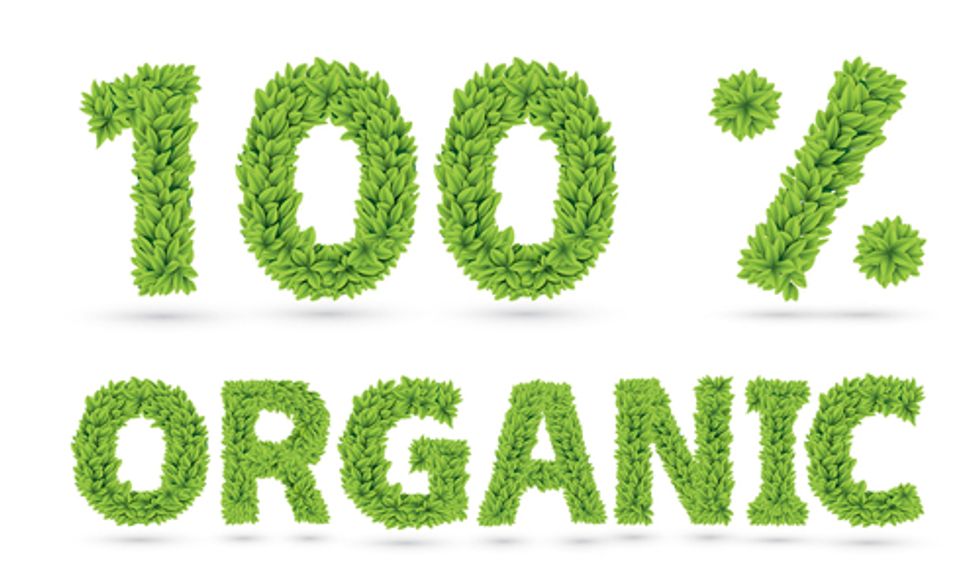 The Organic Consumers Association (OCA), in a series of action alerts over the past month, has criticized the gradual erosion of organic standards by vested corporate interests in the organic products industry.

OCA, a nationwide watchdog organization set up to safeguard organic standards 16 years ago, and its allies in the organic community are calling for a crackdown on organic businesses that violate organic standards, such as poultry and egg operations that keep chickens confined indoors, as well as changes in National Organic Program (NOP) policies governing the temporary use of allowed synthetic chemicals or non-organic ingredients on the NOP’s “National List.” (The National List of Allowed and Prohibited Substances identifies substances that may and may not be used in organic crop and livestock production. It also lists the substances that may be used in or on processed organic products).

Organic advocates are also calling for a ban on questionable practices such as allowing ingredients in organic products derived from “mutagenesis” (using chemicals or radiation to genetically mutate life forms), treating animals on organic farms with genetically engineered vaccines, the spraying of the antibiotic streptomycin on organic apples and pears, and the little-known loophole in organic standards allowing the injection of antibiotics into newborn chicks.

In order to understand these issues, let’s step back and look at the big picture. Why are organic food and production standards important anyway?

Non-organic, chemical and GMO-intensive food (so-called “conventional” food) is the number one cause of deteriorating public health among adults and children, including obesity, diabetes, cancer, antibiotic resistant infections and heart disease.

By contrast, organic foods and products, especially raw fruits and vegetables, whole grains, healthy oils and grass-fed meat and animal products, are safer, healthier and more sustainable than the chemical-intensive, genetically engineered, highly processed (laced with sugar, salt and unhealthy fats) junk foods that make up the bulk of the U.S. diet.

Non-organic farming and factory farms are the largest sources of water pollution, soil erosion, wetlands destruction and greenhouse gas emissions. The stark reality is that either we move away from fossil fuel/CO2- intensive, methane-emitting, nitrous oxide-emitting chemical and GMO agriculture, or we face runaway global warming and climate catastrophe.

On the other hand, the exponentially increased photosynthesis on organic farms, ranches and rangelands are capable of naturally sequestering enough excess CO2 in the atmosphere to reverse global warming and restabilize the climate.

In addition to the $35 billion organic market, “natural” foods, nutritional supplements and other “natural” products account for $75 billion annually in sales, with the majority of consumers paying a premium price for these “natural” products in the belief (unfortunately in most cases not true) that products labeled as “natural” are “almost organic.”

In other words, consumers are now spending more than $100 billion dollars a year in the U.S.—over 15 percent of all grocery stores sales—for products they sincerely believe are healthier and better for the environment, animals, small farmers and the climate.

So let’s get more specific about organic standards and why you should care about them. Here are 10 reasons why millions of health and green-minded Americans are buying organic foods and products:

1. Organic foods are produced without the use of genetic engineering or genetically modified organisms (GMOs). Consumers are understandably alarmed about untested and unlabeled genetically modified ingredients in foods commonly sold in supermarkets. Genetically engineered ingredients are now found in at least 75 percent of all non-organic U.S. processed foods, even in many products labeled or advertised as "natural" or “all natural.” And the overwhelming majority of non-organic meat, dairy and eggs are derived from animals reared on a steady diet of GM animal feed. Organic standards prohibit the use of GMOs in foods labeled as “organic.”  To safeguard organic standards, OCA believes that genetically engineered animal vaccines, now temporarily allowed in organics, should be banned.

2. Organic farming prohibits the use of toxic pesticides, antibiotics, growth hormones and climate-destabilizing chemical fertilizers. Consumers worry about pesticide and drug residues routinely found in non-organic produce, processed foods and animal products. Recent studies indicate that an alarming percentage of U.S. meat contains dangerous antibiotic-resistant bacteria. To safeguard organic standards, OCA believes that the loophole in organic poultry production, whereby one-day old chicks are injected with antibiotics, should be eliminated, along with the practice of spraying the antibiotic streptomycin on organic apples and pears.

3. Organic foods and farming are climate-friendly. People are increasingly concerned about climate-destabilizing greenhouse gas pollution, including CO2, methane and nitrous oxide. Between 35-50 percent of these gasses in North America come from our energy-intensive, chemical-intensive food and farming system. Organic farms and ranches, on the other hand, use far less fossil fuel, emit far less methane and nitrous oxide, and can safely sequester large amounts of CO2 in the soil (up to 7,000 pounds of CO2 per acre per year, every year.) Twenty-four billion pounds of chemical fertilizers applied on non-organic farms in the U.S. every year not only pollute our drinking water and create enormous dead zones in the oceans, but they also release enormous amounts of nitrous oxide, a super potent, climate-destabilizing greenhouse gas.

4. Organic food certification prohibits nuclear irradiation. Consumers are justifiably alarmed about irradiating food with nuclear waste or electron beams, which destroy vitamins and nutrients and produce cancer-causing chemicals such as benzene and formaldehyde. OCA believes that “mutagenesis,” a process that involves irradiating seeds and microorganisms in order to induce mutation, should be banned from organics.

5. Consumers worry about rampant e-coli, salmonella, campylobacter, Methicillin-resistant Staphylococcus aureus (MRSA) and fecal contamination in animal products coming out of the nation's inhumane and filthy slaughterhouses. The Centers for Disease Control and Prevention admit that millions of Americans suffer from food poisoning every year. Very few cases of food poisoning have ever been linked to organic farms or food processors.

7. Consumers worry about the routine practice of grinding up slaughterhouse waste and feeding this offal (the parts of a butchered animal that are considered inedible by human beings) and blood back to other animals, a practice that has given rise to a form of human mad-cow disease called CJD, often misdiagnosed as Alzheimer's disease. Animals on organic farms cannot be fed slaughterhouse waste, manure or blood—offal that is routinely fed to animals on America's factory farms. OCA believes that the current loophole allowing organic sausage casings to be made from the intestines of non-organic animals (most of whom no doubt were fed slaughterhouse waste) should be eliminated.

8. Consumers care about the humane treatment of animals. Organic farming, by law, prohibits intensive confinement of farm animals. In addition to the cruelty and unhealthy confinement of animals on factory farms, scientists warn that these CAFOs (Confined Animal Feeding Operations) produce enormous volumes of manure and urine, which not only pollute surface and groundwater, but also emit large quantities of methane, a powerful climate-destabilizing greenhouse gas. OCA believes that the National Organic Program should crack down on large organic poultry and dairy operations where the animals are intensely confined, with little or no opportunity to go outdoors. To date, the USDA has ignored the pleas of organic stakeholders, consumers and ethical family farmers, to crack down on the scofflaws milking as many as 10,000 cows on “organic” farms and confining as many as 100,000 “organic” birds to a henhouse.

In September 2013, the U.S. Department of Agriculture, under pressure from corporate interests represented by the Organic Trade Association, without any input from the public, changed the way the National Organic Standards Board (NOSB) decides which non-organic materials are allowed in certified organic. Prior to the change, industry needed 10 of 15 votes in order keep a non-organic material on the National List of allowed substances in organic, or the material would automatically be dropped, or “sunsetted,” after a five-year period. Under the new rules, non-organic materials automatically remain on the list, unless 10 board members vote to remove them from the list. The rule change now all but guarantees that when the NOSB (now comprised of a majority of industry representatives as opposed to organic consumer or organic farmer representatives) meets every six months, the list of non-organic and synthetic materials allowed in organic will get longer and longer.

10. Consumers care about preserving America's family farms, they care about world hunger, and the plight of the world's two billion small farmers. Just about the only small farmers who stand a chance of making a decent living these days are organic farmers, who get a better price for their products. In addition, study after study has shown that small organic farms in the developing world produce twice as much food per acre as chemical and GMO farms, while using far less fossil fuel and sequestering large amounts of excess CO2 in the soil. Yields on organic farms in the industrialized world are comparable to the yields on chemical and GMO farms, with the important qualification that organic farms far out-produce chemical farms under extreme weather conditions of drought or torrential rains. Given accelerated climate change, extreme weather is fast becoming the norm.

For all these reasons, millions of American consumers are turning to organic foods and other organic items, including clothing and body care products. It’s part of an overall movement toward healthy living, preserving the environment and reversing global warming. But to move this Great Organic Transition forward we need to safeguard and strengthen organic stands, not weaken them.