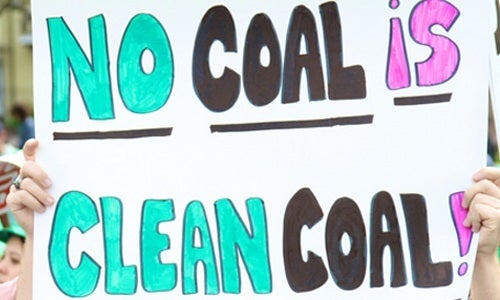 Politicians of all stripes like to tout the benefits of clean coal, a catch-all phrase for a host of technologies aimed at reducing the environmental impact of coal. But while the alliteration sounds nice in a campaign speech, “clean coal” is more myth than reality. 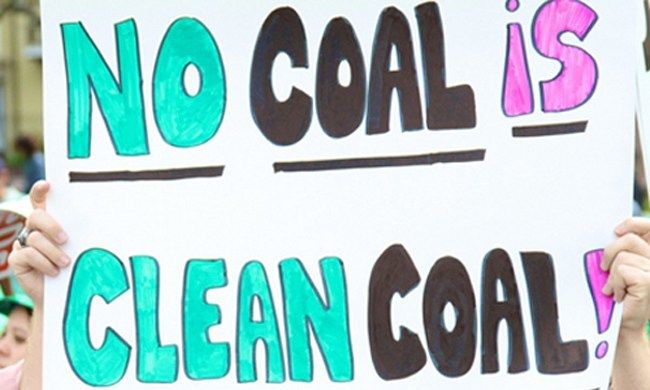 Check out this 10 reasons “clean coal” is more myth than reality. Photo credit: Linh Do / flickr

Beyond the technological hurdles, it’s critical to remember that coal is dirty in a whole host of ways—from the moment it’s pulled out of the ground to the moment we use it to turn on the lights. Here are a few reasons to raise an eyebrow at the promise of clean coal:

1. The technology doesn’t exist yet. Few technologies exist today that actually make coal cleaner. Take carbon capture and sequestration (CCS), wherein power plants trap carbon emissions and then bury them deep in the ground to keep them from reaching the atmosphere. China has gotten a lot of press from investing heavily in CCS research, but at this stage it’s just that: research. Other solutions, from gasifying coal to scrubbing out toxic minerals, are even further from real world use.

2. Even if the technology was there, the numbers don’t add up. The larger reason clean coal has not been a breakout technology is that it’s just not economically viable. In general, most polluters pollute because it’s cheaper and easier than spending money to make their operations environmentally friendly. The coal industry is no different. All current ideas about clean coal technology are expensive. They’re expensive to research, expensive to install, and companies won’t make more profit for all that money spent. Economists just don’t think the numbers will ever work to make clean coal technology thrive on its own in the free market.

3. That means we’d need government action. The coal industry doesn’t pay for the environmental damage they cause: we do (with taxes) for clean up and health problems from pollution. It’s a classic example of why we need the government to intervene and to make companies pay for the messes they create. We know it works. Power plant scrubbers, which successfully curbed acid rain, were only installed nationwide thanks to a legal mandate.

We could incentivize reducing pollution through a carbon tax or adopt a cap-and-trade system. But not only is Congress generally unwilling to take up big issues or pass many laws, climate is near the bottom of Republicans’ priority list. Meaning, while coal gets pollution subsidies, no one gets help cleaning up.

4. Burning coal produces lots of carbon emissions. This is the easy one. Of all the fossil fuels, coal is the worst for climate change, emitting 1.3 times more carbon pollution than oil and twice as much as natural gas, according to the U.S. Environmental Protection Agency emissions calculations. Coal burning contributes one-third of the U.S. total carbon emissions.

5. Burning coal creates other kinds of deadly pollution. Beyond carbon emissions, burning coal produces lots of other toxic chemicals and particles that harm human health, including soot and smog, a leading cause of asthma. In 2011, Earthjustice found that smog causes an estimated 35,700 premature deaths every year and 2.7 million missed school and work days. While some clean coal technologies target these health hazards, there’s no guarantee whatever clean coal technology gets adopted will have any impact on these toxic and dangerous pollutants.