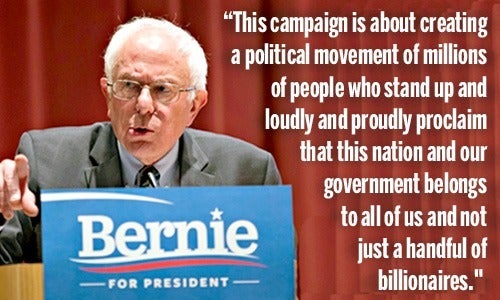 It’s hard not to #FeelTheBern these days, that is the Bernie Sanders energy that is storming the nation. Just last week Sanders had the largest turnout of any presidential candidate so far in this primary race with nearly 10,000 people attending his speech in Madison, Wisconsin.

Clearly people are finding it refreshing to actually believe the campaign promises being touted by a candidate. A self-described democratic socialist, Sanders, 73, is a U.S. Senator for Vermont and has been in Congress for more than 22 years. He has a 95 percent lifetime score for voting in favor of protecting the environment and is a longtime supporter of immediate action on climate change.

I had the chance to see Sen. Sanders in Denver, Colorado on June 20 where he spoke to a crowd of more than 5,000 people at the University of Denver. 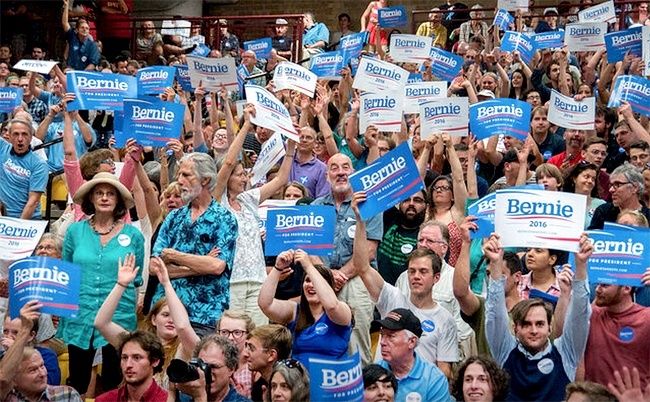 More than 5,000 people came to hear Sen. Sanders speak in Denver, Colorado on June 20 at the University of Denver. Photo credit: Christian O’Rourke

This event was just days after Donald Trump announced his run for president while playing Neil Young’s classic tune “Rockin’ in the Free World.” The next day, Young released a statement saying, “Yesterday my song ‘Rockin’ in the Free World’ was used in a announcement for a U.S. presidential candidate without my permission … Music is a universal language. So I am glad that so many people with varying beliefs get enjoyment from my music, even if they don’t share my beliefs. But had I been asked to allow my music to be used for a candidate—I would have said no.”

However, Young, a Canadian citizen, “is a supporter of Bernie Sanders for president of the United States of America,” according to Rolling Stone. So no wonder why Neil Young’s songs were blasting from speakers in the Hamilton Gymnasium at the Richie Center in Denver and, “Rockin’ in the Free World” was featured as Sanders entered and exited the stage. It was truly epic, especially for those that are longtime fans of Young, like I am. 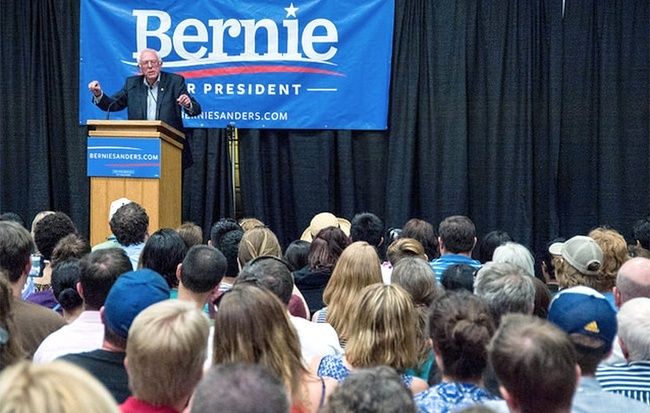 “This campaign is about creating a political movement of millions of people who stand up and loudly and proudly proclaim that this nation and our government belongs to all of us and not just a handful of billionaires.” Photo credit: Christian O’Rourke

The crowd finally settled down after a very warm welcome. Sanders began by saying, “This campaign is not about me. It’s not about Hillary Clinton. It’s not about Jeb Bush. It’s not about any other candidate. This campaign is about you, your kids and your parents. It is about creating a political movement of millions of people who stand up and loudly and proudly proclaim that this nation and our government belongs to all of us and not just a handful of billionaires.”