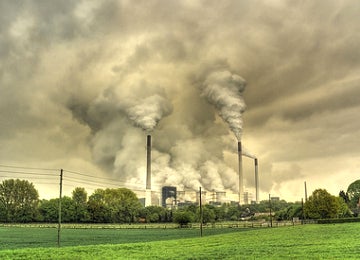 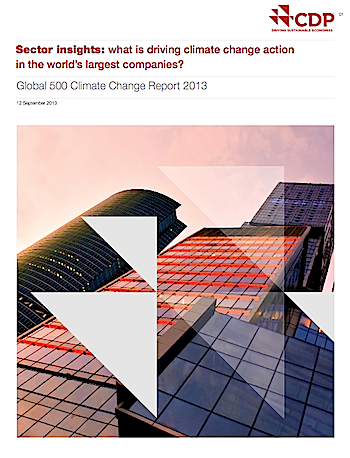 Growing pollution at 50 of the world’s biggest-emitting companies threatens to undermine efforts to prevent catastrophic levels of global warming, according to a new report.

A number of key banks and pension funds have recently shifted their financial support away from carbon-intensive assets, particularly dirty fossil fuel projects.

However new research compiled by the Carbon Disclosure Project (CDP) and overseen by PricewaterhouseCoopers (PwC) shows that the 50 global firms with the highest greenhouse gas emissions, operating mostly in the energy, utility and materials sectors, have increased their carbon pollution by 1.65 percent to 2.54 billion tonnes since 2009.

These 50 firms, including Exxon Mobil, BP, Shell, Chevron, Sasol, Arcelor Mittal and RWE, are responsible for 73 percent of all the greenhouse gas emissions reported by the world’s largest 500 listed companies—which together represent $87 trillion in investments.

Many countries are demonstrating signs of recovery following the global economic downturn. However, clear scientific evidence and increasingly severe weather events are sending strong signals that we must pursue routes to economic prosperity whilst reducing emissions of greenhouse gases. It is imperative that big emitters improve their performance in this regard and governments provide more incentives to make this happen.

Later this month a United Nations scientific advisory body to governments on climate change will reportedly show that more scientists than ever agree it’s “extremely likely” that human activities—such as burning fossil fuels—have been the main cause of climate change since the 1950s.

Delaying climate policy and therefore action to tackle this problem will triple the cost of having to reduce our emissions in the near future, governments learned today.

It is against this scientific and regulatory backdrop, which puts heavy pressure on governments to take climate action, that key financial trend-setters—like the World Bank—are increasingly shifting their support away from high-carbon assets.

The report underlines how customers, suppliers, employees, governments and society in general are becoming more demanding of business. It raises questions for some organizations about whether they are focused on sustaining growth in the long term, or just doing enough to recover growth until the next issue arises. With the initial IPCC [International Panel on Climate Change] report only weeks away corporate emissions are still rising.

The world’s top 50 firms may be failing to cut emissions at present but Preston warns that “either business action [to cut emissions] increases, or the risk is regulation overtakes them.”