10 Near Misses at U.S. Nuclear Power Plants Considered Precursors to a Meltdown 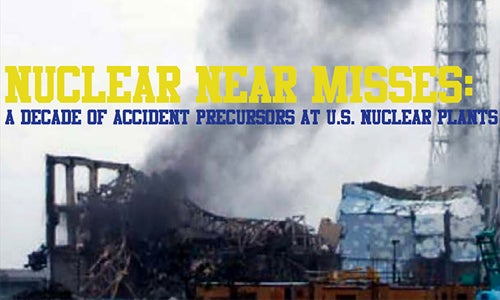 Following the 30th anniversary of the Chernobyl nuclear disaster, Greenpeace USA released a new report Tuesday on the 166 near misses at U.S. nuclear power plants over the past decade. Of the incidents identified in Nuclear Near Misses: A Decade of Accident Precursors at U.S. Nuclear Plants, 10 are considered by the Nuclear Regulatory Commission (NRC) to be important precursors to a meltdown. 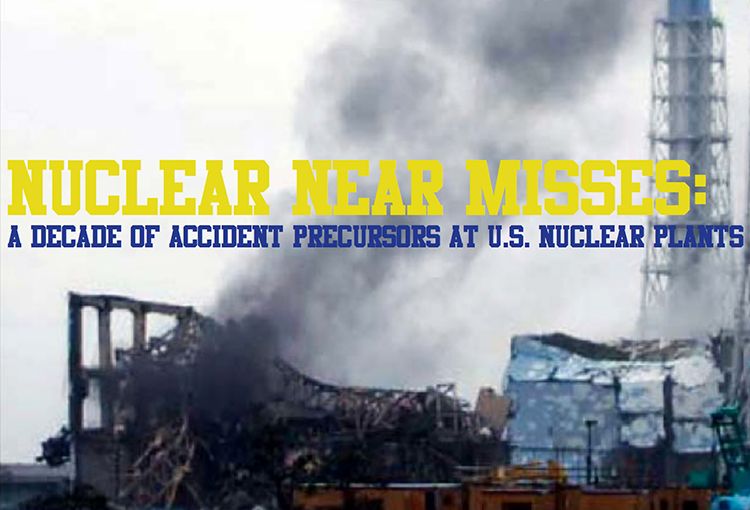 “Contrary to NRC commissioners’ claims, there is nothing safe about the nuclear reactors in the United States,” Greenpeace Nuclear Policy Analyst Jim Riccio said. “Thirty years after Chernobyl and five years after Fukushima, it is clear that these kinds of disasters could absolutely happen here. It is time for the NRC to listen to the whistleblowers within its own ranks and address these longstanding issues and vulnerabilities.”

In addition to the 163 accident precursors or near misses documented by the NRC, Greenpeace identified three significant near misses that NRC risk analysts failed to review under the agency’s Accident Sequence Precursor Program (ASP): the triple meltdown threat to Duke Energy’s Oconee Nuclear Station west of Greenville, South Carolina. According to NRC’s risk analysts, if nearby Jocassee Dam had failed, all three of the nuclear reactors at Oconee were certain to meltdown.

The report identified the following incidents as the top 10 near misses at nuclear plants between 2004-2014:

6. Oconee 1 in Seneca, South Carolina: Failure of Jocassee Dam would result in a meltdown.

7. Oconee 2 in Seneca, South Carolina: Failure of Jocassee Dam would result in a meltdown.

8. Oconee 3 in Seneca, South Carolina: Failure of Jocassee Dam would result in a meltdown.

10. Byron 2 in Byron, Illinois: Transformer & breaker failures cause Loss of Off Site Power, reactor trip and de-energizing of safety buses.

“If the NRC can’t even accurately track near meltdowns why should the public have any confidence that they can prevent them? It’s time to retire these dangerous nuclear plants and end the nuclear era once and for all,” Riccio concluded.