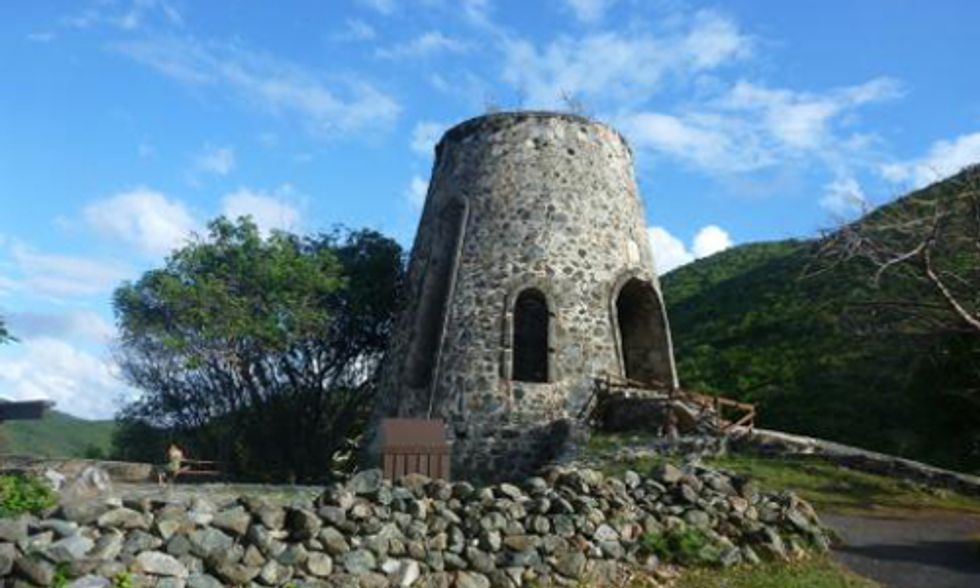 What better place to celebrate history than at a place where it is honored and preserved? These wild places host incredible evidence of the achievements, struggles and lives of African Americans during the history of the continent. Some also are celebrating with special events this month, so be sure and check them out.

Colonel Charles Young served as the first African-American Superintendent at Sequoia National Park in 1903. He led about 500 “buffalo soldiers” to have a lasting impact on some of the most cherished lands in America. They completed the first usable road and the first trail to the top of Mt. Whitney in Sequoia, and built an arboretum in Yosemite. In addition to fighting forest fires, they also acted as police, monitoring wildlife poaching, illegal grazing, theft of natural resources and firearm regulations.

In addition to leading buffalo soldiers to protect and enhance Sequoia and Yosemite, Young was the third African American to graduate from West Point Military Academy and the highest ranking African American officer at the onset of World War I, making him a notable pioneer. Previous to that, Youngsholm served as his home while he taught at a nearby university. It was once used as a stop on the Underground Railroad and hosted Paul Laurence Dunbar, W.E.B Du Bois and other African-American leaders. The family home of Charles Young is one of a handful of monuments designated last year, so it isn’t open to visitors yet.

In 1991, what began as construction in lower Manhattan became one of the most important recent archaeological finds: a graveyard containing the remains of about 15,000 free and enslaved Africans buried in the late 17th century. Today a wall of remembrance honors those who once used this place to maintain and celebrate their ancestral heritage.

Another monument designated last year, this place celebrates the woman known as “Moses of her People.” As the most well-known conductor on the Underground Railroad, Harriet Tubman lead almost 70 enslaved people to their freedom. Tubman’s spirit resonates here in the land, water and sky—talismans that she once used for navigation and sanctuary.

Neighboring Tubman’s monument is a bird sanctuary where Tubman once worked as a farm slave and timber laborer. It was here that she learned vital outdoor skills while navigating Blackwater’s Stewart's Canal, which was dug for commercial transportation between 1810 and 1832 by enslaved and free people.

The first guides at Mammoth Cave were African American slaves—remarkable men who were vital to the development of tours there. Although legends like Stephen Bishop, Mat Bransford, Nick Bransford, Ed Bishop, Ed Hawkins, Will Garvin and Matt Bransford made noteworthy contributions to this unique place, they were not considered important during their difficult lifetimes.

Preservation of this gorgeous marine park is due to the African American Jones family of Porgy Key who once farmed its land. The remarkable story of this family concludes with Sir Lancelot, who after refusing to have his family’s land developed, sold this paradise to the National Park Service.

This place marks Booker T. Washington’s birth as a slave, although the exact location of his birth remains unknown. Washington was the first principal of the historically black college known as Tuskegee Institute, and later became known as an important author and orator. His political leadership is evident as he was the first African American ever invited to the White House, as the guest of America’s “conservation president” Theodore Roosevelt.

George Washington Carver's love for nature drove him to become a famous agricultural scientist and inventor, educator and civic leader. His incredible influence is revealed by the fact that this monument was not only the first to be dedicated to an African-American, it was also the first to be dedicated to an American who'd never been president. This monument highlights the home of his youth, a time marked by numerous tragedies which formed him into a man of great legacy.

Europeans transported people from Africa to the Virgin Islands starting in the 1600s to work as slaves on sugar cane and cotton plantations and in processing mills and factories. Remnants of these buildings remain today, as well as over 2,000 houses once occupied by enslaved workers and their graveyards.

Visit EcoWatch’s TIPS and page for more related news on this topic.