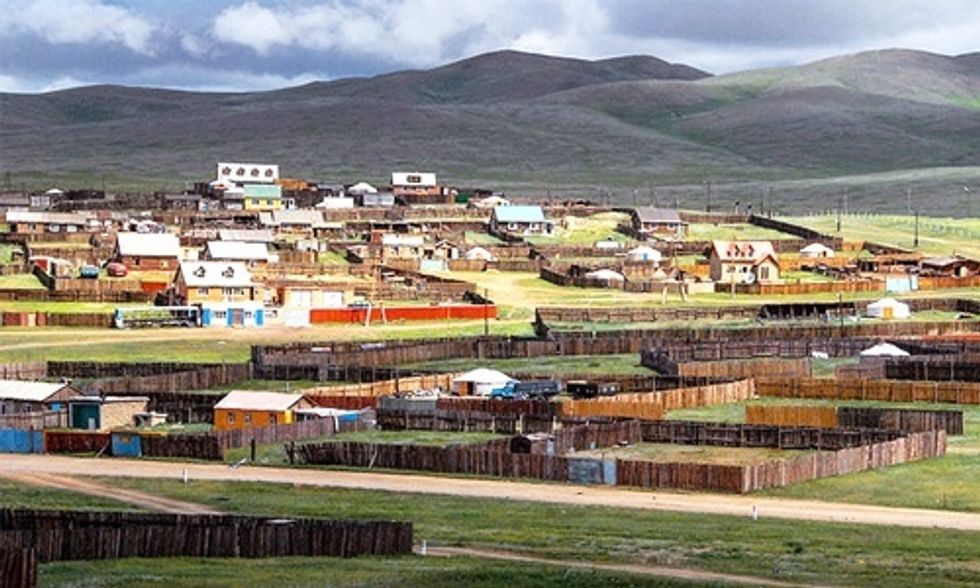 January can feel like a long month. In the northern hemisphere, at least, the days are short, temperatures are low and skies are often cloudy. In many ways it is the perfect time to fantasize about and, better yet, plan a summer vacation.

But nothing is simple these days and that includes travel. On top of planning flights, booking hotels and off-setting carbon emissions, many travelers want to know more about the places they are visiting—about how the countries they plan to explore protect the environment, support social justice and respect human rights. Luckily, these forward-thinking travelers have someone to do their homework for them.

Every year, Ethical Traveler, a project of Earth Island Institute, puts together a list of the 10 most ethical travel destinations in the developing world. In compiling the list, Ethical Traveler investigates how countries are working to improve the environment, animal welfare and people's lives. For example, how are these countries preserving resources and cultivating sustainable practices? How much schooling does the average citizen receive in each country and what is standard of living? What have nations done to combat discrimination or to address child labor?

Aside from these metrics, Ethical Traveler also makes sure the destinations that make the list offer “natural beauty, great outdoor activities and the opportunity to interact with local people and cultures in a meaningful, mutually enriching way."

None of the countries on this list are perfect—many have work to do when it comes to LGBT rights, domestic violence, human rights and women's rights. However, overall, those that made the cut are setting an example for the countries around the world.

So without further ado, here's a list of the ten most ethical travel destinations in 2016, in alphabetical order.

Cabo Verde, which was also listed among the most ethical destinations in 2015, stands out on nearly all counts. This small island nation, which sits off the northwest coast of Africa, is aiming to source 50 percent of its energy from renewables by 2020. Cabo Verde is also leading the way on marine protection and has established important programs to protect endangered loggerhead turtles from hunting and beach pollution. What is more, it is a leader on gender equality—many women hold leadership positions in the private sector as well as in government and the country seems poised elect it's first female prime minister in 2016. This small nation has also embraced LGBT rights, celebrating its third annual gay pride week in 2015.

Dominica's strong and free healthcare system helped it earn a place on the list. In 2015 the country was certified free of measles, mumps and rubella. Dominica has also made strides in geothermal energy development, leading the Caribbean islands on this count. The island nation has achieved 94 percent literacy, well above the global average of 84 percent and has increased already impressive efforts to protect whales, creating a mandatory primary school curriculum about respect for marine mammals and other ocean life. But Dominca still has significant room for improvement on LGBT rights—the country's Sexual Offenses Act, which criminalizes same-sex relationships, is still on the books, though the law is rarely enforced.

Grenada is new to the list and made the cut in part for its work to regenerate coral reefs through the establishment of a coral nursery program. This Caribbean island nation is also fighting for global action on climate change, as are many island nations around the world. In terms of human rights, Grenada has begun discussing LGBT rights within the context of constitutional reform. Ethical Traveler will monitor progress on this front when putting together next year's list.

Like Grenada, Micronesia is also an Ethical Destination newcomer. In 2015, Micronesia—which is made up of more than 600 islands in the western Pacific Ocean—protected 78 acres of forested wetland in the Yela Valley on Kosrae, the country's main island. Micronesia ultimately plans to protect the entire 1,400-acre valley and is also pushing to attain 30 percent of its energy from renewable sources by 2020. The developing nation has plans to increase Internet access and received a perfect score in Freedom House's yearly report on civil and political rights.

Herders have grazed livestock on Mongolia's grasslands for thousands of years. Now, these nomadic communities are embracing renewable energy—70 percent have access to solar power. In addition to nurturing green power, Mongolia has protected nearly 15 percent of its land. Among the nations that made the 2016 list, Mongolia has one of the lowest unemployment rates, at just 5 percent and has also developed an impressive end-of-life care program, including subsidies for families caring for terminally ill members and improved access to pain medication. Additionally, Mongolia has begun widespread reforms of its legal system, including strengthened protections against hate crimes, bigotry and discrimination and is working to abolish the death penalty. Unfortunately, it is currently struggling with increased wildlife trafficking and mining, which poses threats to the environment.

Panama received the second highest environmental protection score on this list, in part because the Central American nation has doubled-down on reforestation efforts. This score comes despite the ongoing construction of a hydroelectric dam that threatens both indigenous communities and local water resources. Panama also received high markets on measures of social justice, reporting less than 5 percent unemployment and the highest life expectancy at birth of any of the countries on the list: Life expectancy in Panama is almost as high as that in the U.S. What is more, Panama ranked seventh in the world on the “Happy Planet Index" which measures “perceived well-being, life expectancy and ecological footprint." The country also stands out for having ratified the six big international conventions on child labor. In terms of animal welfare, Panama has banned dogfighting, greyhound racing and hare coursing. It also prohibits bullfighting and has placed restrictions on animal performances in circuses

When it comes to climate change, Samoa means business. The South Pacific island nation plans to generate 100 percent of its electricity from sustainable sources by 2017 and has recently opened new solar plants to help reach this goal. In 2015, Samoa also received a perfect score from Freedom House in the nonprofit's yearly report on civil and political rights. Unfortunately, Samoa has not made as much progress when it comes to gender-based violence, but the country is beginning to tackle this pressing issue: It recently released a “State of Human Rights" report aimed at increasing protections for women, as well as for prisoners and people with disabilities.

Tonga received the highest score among all 10 ethical destinations on environmental protection, in part due to the creation of new national marine reserves. The South Pacific nation is also pushing hard when it comes to renewables. It built nine solar arrays on outer islands as part of its plan to achieve 50 percent renewable energy by 2020. Tonga is leading the way on LGBT rights as well and in 2015 hosted its first Pacific Human Rights on Sexual Orientation and Gender Identification Conference. Not to mention that 99 percent of Tongans are literate. Unfortunately, like most of the countries that made the list, Tonga continues to struggle with gender-based violence and cultural beliefs regarding the status women remain entrenched in Tongan society. In fact, Tonga is one of just seven countries worldwide that has not ratified the United Nations Convention for the Elimination of All Forms of Discrimination Against Women.

Tuvalu has been actively pushing for international action to address climate change and is a member of The Vulnerable 20, a group of nations that shares innovative approaches to climate finance. Like Micronesia, Tuvalu is also working hard to increase Internet access, which will, among other things, be a boost to education. The South Pacific island nation is also making an effort to address women's rights and gender-based violence issues: In late 2014, the parliament unanimously passed a bill criminalizing all forms of domestic violence.

Uruguay is ahead of the curve with respect to green energy, meeting 90 percent of its energy needs with renewable sources in 2015 and striving for a 100 percent electric public transportation sector. The South American nation is also honing in on education, working to lower high-school dropout rates, increase college scholarships and distribute laptops to both teachers and students. In terms of human rights, Uruguay was an early signatory to the new Inter-American Convention on Protecting the Human Rights of Older Persons, Uruguayan courts handed down the country's first labor trafficking conviction in 2015 and the government has begun assisting sex trafficking victims. Uruguay has also established itself as a champion of animal welfare. The country has issued a legal decree entitling all animals to be free from hunger and thirst, discomfort, pain, suffering and disease and fear and distress and free to express normal behavior. Animal performances in circuses are banned in Uruguay and working animals have been given protections against overwork and abuse.

A Beginner's Guide to Mindful Eating

Stunning Images of One of Nature's Most Incredible Phenomena