10 Most Ethical Destinations to Visit in 2014 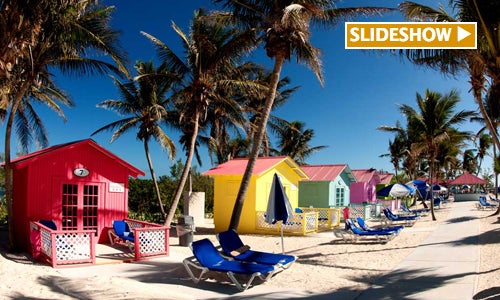 Each year, Ethical Traveler, an Earth Island Institute project, researches and publishes a list of the 10 most ethical destinations in the developing world. The goal is to encourage developing nations to do the right thing, and to reward—with tourism spending—destinations whose policies and actions protect human rights and the environment.

Report co-authors Jeff Greenwald, Christy Hoover and Natalie Lefevre (along with a large team of volunteer researchers) review each country for its performance in the areas of human rights, social welfare and protection of the environment, as well as its appeal as a travel destination.

The list of 2014 winners, in alphabetical order, is as follows:

After receiving requests from readers, Ethical Traveler added an animal welfare criterium to the rating system this year.

In terms of destinations, the beautiful Bahamas is back, after implementing steps to reduce human trafficking and significantly expanding its national parks and marine protected areas. Chile—with its astonishing variety of landscapes and cultures—is also back on the list, thanks to increased gender equality scores, ambitious environmental initiatives and a program to move logging workers into tourism. Dominica returns as well, courtesy of improved social welfare and a plan to become a carbon negative nation by 2020.

Costa Rica, which won in 2013, continues to be a major Western Hemisphere hub for child sex trafficking. The government also allowed persecution, intimidation and murder of activists working against the illegal shark finning and sea turtle trades. Ghana, also on last year’s list, failed to repeat due to active discrimination against same-sex couples. Samoa lost its spot this year due to unsustainable logging, failure to guarantee LGBT rights and unimproved women’s rights. (Rape within marriage is still not considered a crime in Samoa.)

Does the Ethical Destinations project make a difference? Here’s a small example: at last year’s awards ceremony, we mentioned an admittedly obscure marine protection issue to the Honorary Consul of Palau. This year, we are pleased to note that Palau has adopted new policies to address our concern.