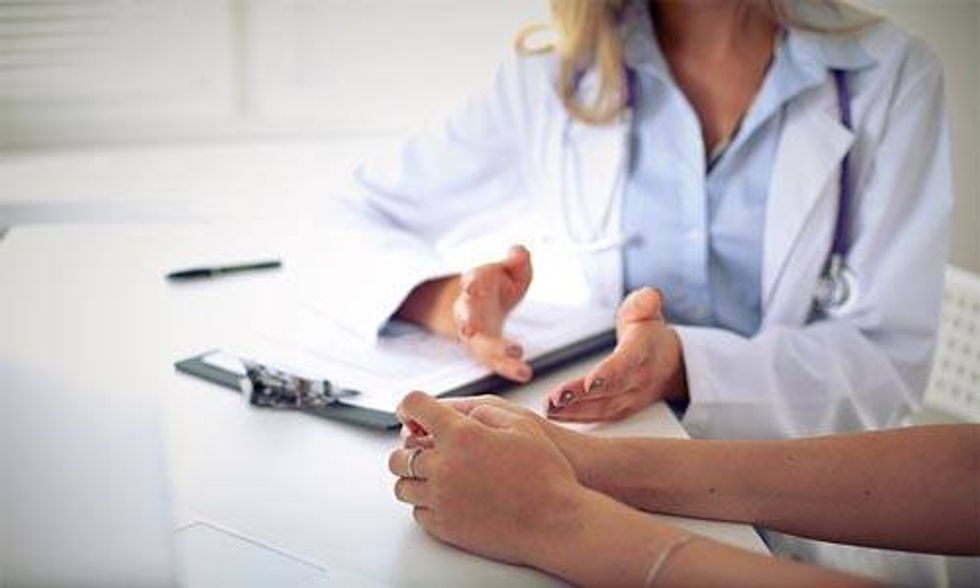 As a cancer epidemiologist, I’ve spent a lot of time researching the links between environmental contaminants and cancer. One of the pitfalls of the Digital Age is that people come across a lot of information that isn’t based on sound scientific evidence or is, at best, anecdotal. That’s dangerous, because conjecture and falsehoods that masquerade as fact can hamper efforts to prevent and treat cancer.

One of the pitfalls of the Digital Age is that people come across a lot of information that isn’t based on sound scientific evidence or is, at best, anecdotal.

Here are some common misconceptions:

1. Getting cancer is almost completely out of your control.

While genetics and bad luck play a role, many cancers are caused by other factors, some of which you can control.

Smoking, poor diet and lack of exercise are major contributors to the development of cancer. Another 20 percent of cancers, according to the World Health Organization (WHO), are believed to be caused by environmental factors such as pollution, infections and radiation.

The bottom line: You certainly can’t avoid every potentially dangerous exposure, but as many as half of cancers may be preventable.

Almost every day, you may read a news story suggesting that items in your home or substances in your food are linked to cancer or otherwise bad for your health. Recent headlines trumpeted the risks of eating red and processed meats. The constant onslaught of warnings can be overwhelming. But not all chemicals, pollutants or guilty pleasures will lead to cancer. The International Agency for Research on Cancer, a research arm of the WHO, has looked into nearly a thousand suspected causes of cancer. Of those suspicious substances and activities, they have concluded that just about half are known or potentially carcinogenic (117 known, 74 probable and 287 possible carcinogens).

Keep in mind that dose plays a key role. Smoking one cigarette probably won’t hurt you, but smoking for years is a clear health hazard.

3. Exposure to a known carcinogen will give you cancer.

Government agencies and international health bodies classify a substance as a “known carcinogen” when strong evidence demonstrates that it can cause cancer. Officials at these institutions base their determinations on the strength of scientific evidence. But a person exposed to a known carcinogen is not 100 percent certain to develop cancer, not by a long shot.

Let’s compare asbestos and processed meats. Both are known carcinogens based on many scientific studies that consistently show they can cause cancer. In both cases, the strength of the evidence is consistently high. But there’s a difference. Asbestos is a potent carcinogen. Substantial exposure dramatically increases a person’s risk of getting mesothelioma, lung and other cancers. On the other hand, eating processed meats only modestly increases your chances of getting cancer.

Arsenic, asbestos, formaldehyde, radiation and tobacco occur naturally and are known carcinogens. The word “natural” on a food label or consumer product is meaningless. The government does not issue standard guidelines for the term, in contrast to “organic,” which can be displayed only by certain foods meeting strict government standards. Arm yourself with information. Read labels, consult Environmental Working Group’s guides and resources, know what you’re buying and don’t assume everything that says “natural” is harmless.

5. Chemicals that the body absorbs and retains for a long time are more dangerous than those that are quickly excreted or metabolized.

The hazard of a substance is determined not just by the degree of exposure but also how it interacts with the body. Sometimes a chemical that isn’t dangerous can metabolize into a compound that is carcinogenic. Nitrates and nitrites in food and water can metabolize during digestion into carcinogenic N-nitroso compounds. Other chemicals such as benzene, pesticides and heavy metals are excreted quickly from the body, but they are still carcinogenic. The chemicals that persist in the body can act as a constant source of exposure and may even pass from mother to child, which are additional concerns.

6. The cancer risk you accumulate is irreversible.

Your ability to turn back the clock on cancer risk depends on the exposure. Certain harmful exposures, such as to radiation, damage cells so seriously that the body cannot recover fully. Other substances can accumulate in the body and act as a source of continuous exposure. However, damage from many environmental exposures can be partly reversed by eliminating or significantly reducing the exposure. The Surgeon General’s report on tobacco concluded that quitting smoking at any age reduces a smoker’s risk of cancer by up to 50 percent in just five to 10 years. That’s powerful evidence that it’s never too late to make healthy lifestyle changes.

The risk associated with the very small amount of radiation emitted during a mammogram is minuscule for most patients. It’s equivalent to a few weeks of the natural background radiation you experience from the elements in the earth, cosmic radiation and even your own body. A small percentage of the carbon that makes up the body is the isotope carbon-14, which is unstable and emits radiation. Women who are pregnant should avoid mammograms and X-rays that their doctors don’t consider necessary. Radiation could harm the developing fetus. Consult your health care professional to determine if a mammogram or any other medical screening is appropriate.

Cell phones, Wi-Fi, microwaves and power lines emit non-ionizing radiation, which is less energetic and doesn’t penetrate the body to the same degree as cancer-causing ionizing radiation such as X-rays, sunlight and the radiation from uranium. The WHO considers cell phone radiation a possible carcinogen based on a suspected association between cell phone use and brain cancer. Holding the phone a few millimeters from your body can drastically reduce exposure. EWG recommends hands-free devices and texting. Although little or no evidence supports a conclusion that Wi-Fi signals, microwaves and power lines cause cancer, it’s a good idea to keep wireless routers a few feet from places where people spend long periods of time. Airport screening devices use either low-dose X-rays or non-ionizing radiation. It takes about 1,000 trips through an airport X-ray scanner to equal the radiation exposure from one medical chest X-ray.

Scientists have detected several carcinogens in ground-up tire rubber, also known as crumb rubber, used as infill and cushioning in artificial turf. Heavy metals, PCBs and other volatile compounds have shown up in some turf. Air measurements over turf, especially in indoor facilities, have found excessive amounts of certain volatile chemicals. Researchers do not know whether worrisome chemicals in turf migrate into the body through contact with skin or breathing. No data exists at this time to say that artificial turf causes cancer, but scientists are just beginning to explore the question. In the meantime, you should play on artificial turf in well-ventilated areas, avoid hand-to-mouth contact while playing and limit direct contact between turf and skin.

Many of the pesticides suspected to cause cancer in farm workers are being sold for residential use. Some evidence exists that exposure to pesticides can increase the risk of cancer, even though people tend to apply pesticides less frequently and at lower doses around the home than would be done on farms. Children may be particularly susceptible to damage from pesticides. Scientific studies have shown that children exposed in the womb and in infancy to pesticides face increased risk of childhood cancers such as leukemia and brain tumors.