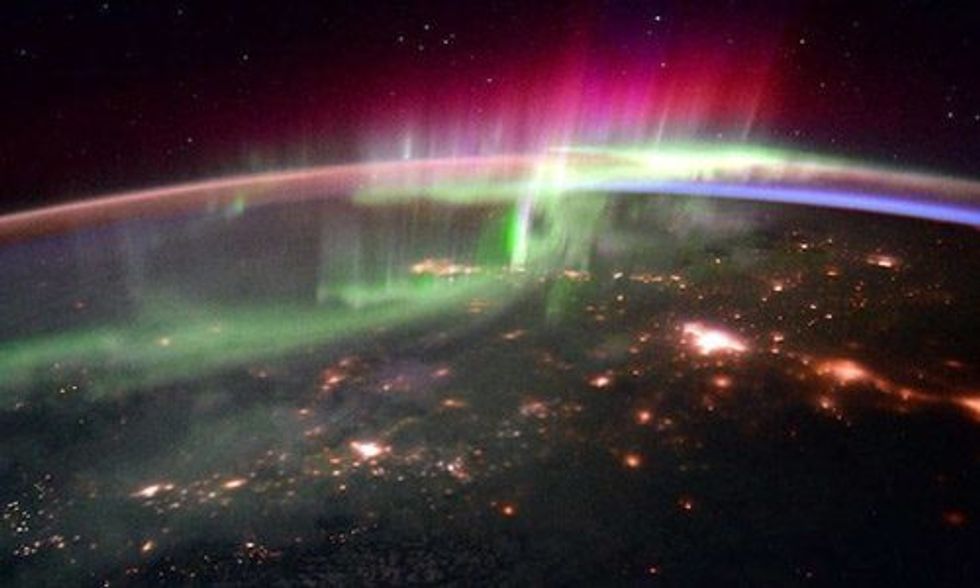 We earthlings have been blessed with some pretty spectacular images from space in recent months. There was the "Blue Marble" image, the dark side of the moon, up close images of the sun, the moon and Pluto and the plumes of smoke from wildfires raging in the Western U.S. and Canada.

Astronauts at the International Space Station (ISS) have been able to capture some great images. Check out these 10 mesmerizing photos of Earth taken from space:

Current ISS Commander Scott Kelly snapped this picture of Hurricane Danny as the ISS passed over the central Atlantic Ocean. Hurricane Danny was a Category 3, the first of the 2015 hurricane season, which made landfall in the Caribbean.

According to Upworthy, NASA teams up with local aid agencies to help provide drinking water to water-stressed places such as Oman. NASA "discovers previously untapped water sources and provides these at-risk areas with water purification technology used onboard the ISS," according to Upworthy.

Commander Kelly took this photo as the ISS passed over Australia in October 2015. It's just one of a 17-photo series on the Land Down Under.

Astronaut Tim Peake, who joined the ISS team in December 2015, has wasted no time taking stunning pictures of planet Earth. He captured this image of British Columbia's Coast Mountains on Jan. 5.

Kelly and Peake captured this image of the Aurora Borealis on Jan. 20.

The image shows cloud cover over England, the Baltic Sea and Persian Gulf with a golden aurora on the horizon.

Kelly captured this image of lower Lake Powell, Glen Canyon, Utah. on May 8, 2015.

Lake Powell is the second largest man-made reservoir by maximum water capacity in the U.S. after Lake Mead. However, it is now larger than Lake Mead in terms of water volume because of the high rates of water extraction and years of drought in the area.

Stunning shot from the ISS of the sunrise. Photo credit: NASA

According to Upworthy, some of the astronauts, such as Scott Kelly, even received training in photography before heading to space. It shows. These photos are incredible.

Kelly took this selfie aboard the ISS. Photo credit: NASA