10 Indigenous Foods You Should ​Be Eating 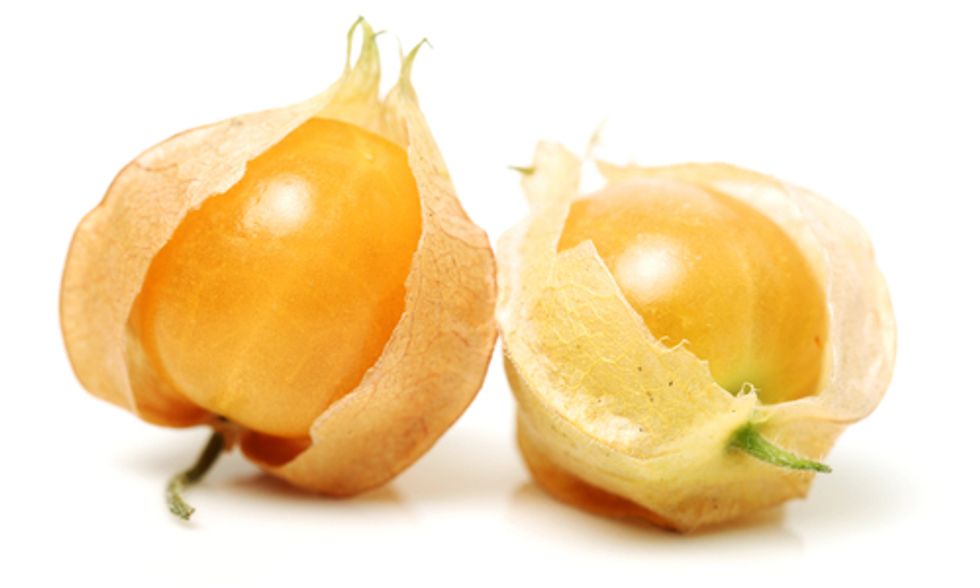 Indigenous crops are a testament to how a community may be nourished and sustained by locally sourced foods, without the help (or hurt) of processed products. Not only do indigenous crops provide much-needed nutrients and diet diversity, but they can help the communities that produce them thrive. Try out some of these 10 indigenous foods to up the nutrient level in your diet and help support agricultural communities around the world.

This little fruit has many uses. Photo courtesy of Shutterstock

Nowadays, this sweet yellow berry is cultivated in South Africa instead of its South American home, hence its namesake. The cape gooseberry is able to grow easily in degraded soil, making it a high-yield crop for farmers with limited access to fertilizer. This little fruit has many uses, similar to those of the tomato, but may also be made into jams or desserts.

Clove is a versatile spice. Photo courtesy of Shutterstock

This versatile spice has been widely recognized for its medicinal properties, particularly in relieving digestion, numbing pain and alleviating nausea. Its main component, eugenol, is an anti-inflammatory substance and gives the spice its distinctive intense, aromatic flavor. Cloves are also an excellent source of omega-3 fatty acids, vitamin C, vitamin K, fiber, calcium and magnesium.

Flax seeds are high in fiber. Photo courtesy of Shutterstock

The flax plant has been cultivated since ancient times, due to its variety of uses. Flax may be made into edible oil, taken as a supplement, grown ornamentally or its fibers woven into linen. Flax seeds, which may be sprinkled on salads for crunch or added to baked goods, are very high in dietary fiber and micronutrients.

Although fonio is a labor intensive crop, it is a very important source of nutrients for its West African cultivators during the hunger season, the period of time before the next harvest when food is scarce. This grain is extremely multifunctional and may be used to make porridge, couscous, beer, cereal, bread, pasta or feed for livestock.

Lemongrass may be added to a dish for a light citrus flavor. Photo courtesy of Shutterstock

This subtle herb, which is often used in Asian cuisines, is known to have anti-microbial, anti-fungal, antioxidant and anti-septic properties. Lemongrass may be added to a dish for a light citrus flavor or planted in a home garden (with barriers between crops) to ward off insects.

Australian Aborigines often incorporated this nut into their diets, due to its high nutritional value. Macadamia nuts are rich in monounsaturated fats, dietary fiber, calcium, vitamin E and are touted to lower cholesterol and risk of heart disease. This sweet nut may be eaten raw or used variously in cooking, baking and as a topping for desserts.

This hardy plant is both drought-tolerant and nitrogen-fixing, meaning it can enrich soil fertility where it grows. Its beans have a sweet, nutty flavor when ground into a flour and it also yields a resin which Native American groups used to treat cuts and abrasions. Mesquite bean flour is rich in calcium, magnesium, potassium, iron, sulfur, zinc and dietary fiber.

The sweet, tuberous roots of this perennial plant contain fructooligosaccharide, a very low-calorie and prebiotic substance that aids digestion. Yacón may also be made into a syrup for a low-sugar, natural sweetener.

Ethiopian flat bread, injera, is made from fermented teff. Photo courtesy of Shutterstock

According to a study by the Southern Agricultural Research Center, teff is a low-risk, high-gain crop for its farmers due to its ability to grow in a variety of environments, its relative resistance to disease and its ease of harvest and storage. As a result, this high protein and calcium grain provides much of the nutrition of the Ethiopian diet, especially in the famous flat bread injera, made from fermented teff.