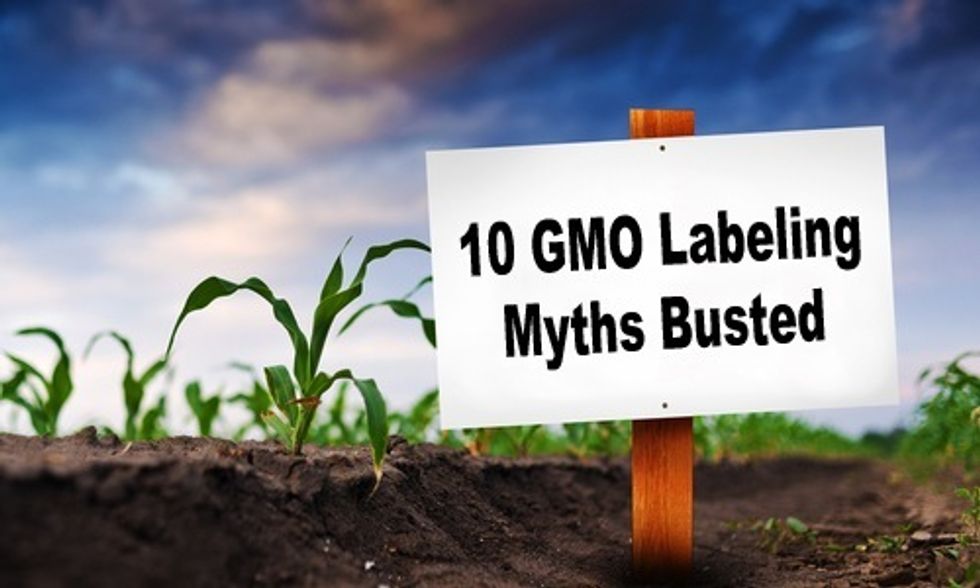 Should genetically modified (GMOs) foods be labeled? Legislation passed by the U.S. House of Representatives would block state GMO labeling laws and make it virtually impossible for the Food and Drug Administration to ever craft a national GMO labeling system.

Fact: The science is clear: The widespread adoption of GMO corn and soybeans has led to increased use of glyphosate, a weed killer linked to cancer by the world’s cancer experts. What’s more, voluntary GMO safety reviews are based on industry-funded science, not independent science.

Myth 2: GMO crops are good for the environment

Fact: Poll after poll has found that nine out of 10 Americans support mandatory GMO labeling—regardless of age, race, income or even party affiliation.

Myth 4: GMO labels will act as a warning

Fact: Consumers in other nations with GMO labeling do not view GMO labels as a warning. In fact, a recent study found consumers trust GMO foods more if they carry a label.

Fact: Experience and research tells us GMO labeling will not raise food prices. The Washington Post gave the food industry three Pinocchios for making the claim. Food companies change their labels all the time to make new claims, and farmers and food companies already separate GMO and non-GMO foods.

Myth 6: We need GMO crops to feed the world

Fact: So far, yields of conventional corn and soybeans grown in Europe and yields of GMO varieties grown in the U.S. are the same. Reducing food waste and using fertilizer more efficiently would do much more to address food security.

Fact: Companies have made non-GMO claims since 2001 and consumers are more confused than ever. Creating a non-GMO certification program at the U.S. Department of Agriculture, as proposed in H.R. 1599, would duplicate an FDA guidance that already governs non-GMO claims.

Fact: State GMO labeling laws all require the same factual disclosure. Besides, states have long held the right to require disclosures and have used their authority to require everything from “sell-by” dates to grading requirements for butter, cheese, maple syrup and citrus.

Myth 10: We have been genetically engineering foods for centuries

Fact: GMO crops are novel foods that could not be created through traditional crossbreeding.