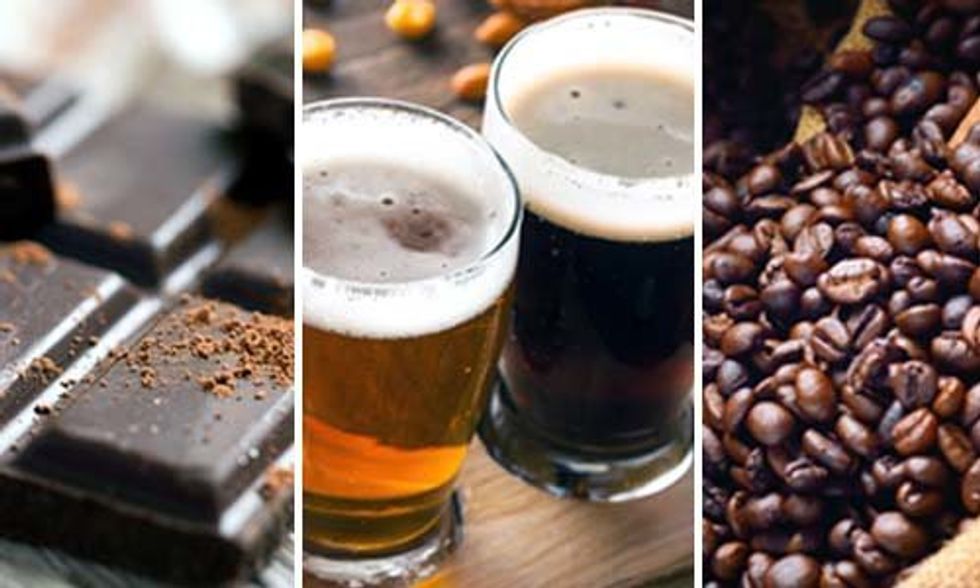 Climate change is making the world a different place. There are more floods, droughts, wildfires, heat waves and other extreme weather events. Animal species around the world are either shifting habitat locations or simply dying off. Even humans are migrating due to a warmer world.

But there is one effect that will hit many of us right in the gut: Certain foods could disappear thanks to our changing climate. Brace yourself: Here are 10 foods you'll probably be sad to see go.

Around 8 million pounds of guacamole are consumed during the Super Bowl, but football fans might soon have to find something else to dip their tortilla chips into. Scientists from the Lawrence Livermore National Laboratory predict as much as a 40 percent decrease in avocado production over the next 30 years due to increasing temperatures brought on by climate change.

As a result, the fast food chain Chipotle, which goes through 97,000 pounds of avocados a day—35 million pounds every year — has warned that if climate change worsens, it may be forced to stop serving guacamole. The company says it "may choose to temporarily suspend serving menu items, such as guacamole or one or more of our salsas, rather than paying the increased cost for the ingredients."

"Even if I knew that tomorrow the world would go to pieces," the German theologian Martin Luther said, “I would still plant my apple tree." He didn't figure that there might be a tomorrow in which apple trees can't properly grow. In 2011, an international team of scientists published a study which found just that: Temperate fruit and nut trees like the apple tree, which need a certain period of winter chill to produce economically practical yields, could be affected by global warming as winter temperatures rise. They said farmers should prepare for a warmer future by breeding cultivars with lower chilling requirements.

Such apples will likely taste different from the ones we have today, according to a Japanese study which found that rising temperatures are causing apple trees to bear fruit sooner, making them softer and sweeter. “If you could eat an average apple harvested 30 years before and an average apple harvested recently at the same time, you would really taste the difference," said Toshihiko Sugiura of the National Agriculture and Food Research Organization in Tsukuba, Japan, the study's lead author.

It's sad, but true. Beer is already a victim of a changing climate, with brewers increasingly finding it more difficult to secure stable water supplies. According to a 2010 report commissioned by the Natural Resources Defense Council, about a third of counties in the United States "will face higher risks of water shortages by mid-century as the result of global warming." Between 2030 and 2050, the difficulty in accessing freshwater is “anticipated to be significant in the major agricultural and urban areas throughout the nation."

Some specialty hops used by craft brewers have already become harder to source, since warming winters are producing earlier and smaller yields. “This is not a problem that's going to happen someday," said Jenn Orgolini of Colorado's New Belgium Brewery. “If you drink beer now, the issue of climate change is impacting you right now." She said that in 2011, the hops her brewery normally uses weren't available due to Pacific Northwest weather conditions.