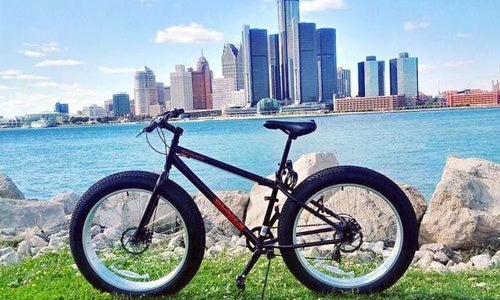 The League of American Bicyclists recently published its third edition of Where We Ride: An Analysis of Bicycling in American Cities, which is based on new data from the Census Bureau’s American Community Survey and looks at the growth of bicycle commuting around the country.

Bike commuting is now the fastest growing mode of transportation and in big cities that suffer from serious traffic jams, it’s often faster to get around by bike than by car.

New numbers from @BikeLeague show that if you build the #bikelanes, #cyclists will come http://t.co/yEhjcLPpk9 pic.twitter.com/xsQZrKLDnr

In the report, the league looks at:

Unsurprisingly, for bike enthusiasts at least, Davis and Berkeley, California, along with Boulder, Colorado and Portland, Oregon all have high levels of ridership. But one really interesting ranking is the top 50 large cities where bike commuting is growing the fastest. Several cities on the list are probably not what most people would expect.

At least half of the top 10 cities are Rust Belt cities with harsh winters like Detroit. And yet Detroit saw a 400 percent increase in the number of bike commuters from 2000 to 2014. Now, bikers still only make up 0.8 percent of total commuters there (It’s no Copenhagen, at least for now). Still, more bike lanes, especially more protected bike lanes, and programs like Slow Roll Detroit help to explain why biking is taking off in the nation’s car capital.