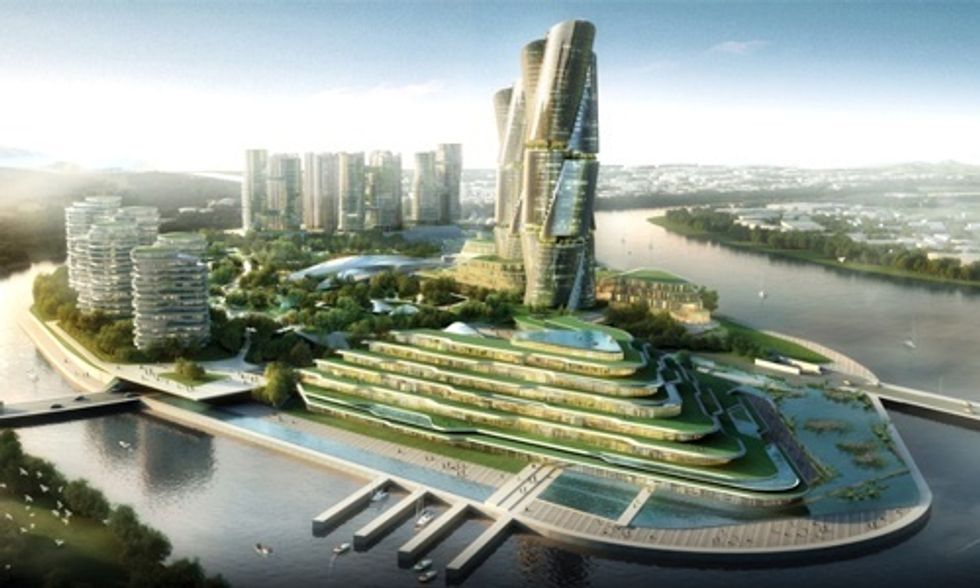 The Leadership in Environmental and Energy Design, or LEED, certification has become the world's most widely used and recognized green building rating system. The U.S. Green Building Council (USGBC), which sets LEED certification standards, announced last week its international rankings of the Top 10 Countries for LEED outside of the U.S. The rankings comes out at a pivotal time as international attention turns to the upcoming UN climate talks in Paris.

International demand has grown steadily for tools supporting sustainable economic growth, and it has become increasingly clear that we are reaching a tipping point around environmental sustainability. It is now impossible to view social and economic development as separate issues from a robust sustainability agenda. The global success of LEED in these countries is a sign that international business leaders and policy makers recognize that a commitment to transforming the built environment is crucial to addressing major environmental challenges. The countries on this list are pushing this commitment forward.

USGBC notes that seven of the world's 20 largest economies and six of the top 11 greenhouse gas emitters made the list. The list does not include the U.S.—the birthplace of LEED—which remains the world's largest market for LEED.

"Every day, nearly 172,000 GSM [gross square meters] of space is certified using LEED, and there are currently more than 69,800 commercial and institutional projects representing 1.23 billion GSM of space participating in the green building rating system," says USGBC. "An additional 76,500 residential units have been certified under LEED for Homes. LEED projects can now be found in more than 150 countries and territories across the world."

Still, LEED's international popularity will only continue with "the exponential growth occurring within the global green building industry," according to USGBC. "Increasing consumer demand has pushed the world's green building market to $260 billion in 2013, and this industry surge has led to a corresponding increase in the scope and size of the green building materials market, which is expected to reach $234 billion by 2019."

Here are the top 10 countries for LEED outside of the U.S.:

And here's the breakdown by region:

Mayor's Epiphany at the Vatican: Climate Debate Is Over for the Rest of the World