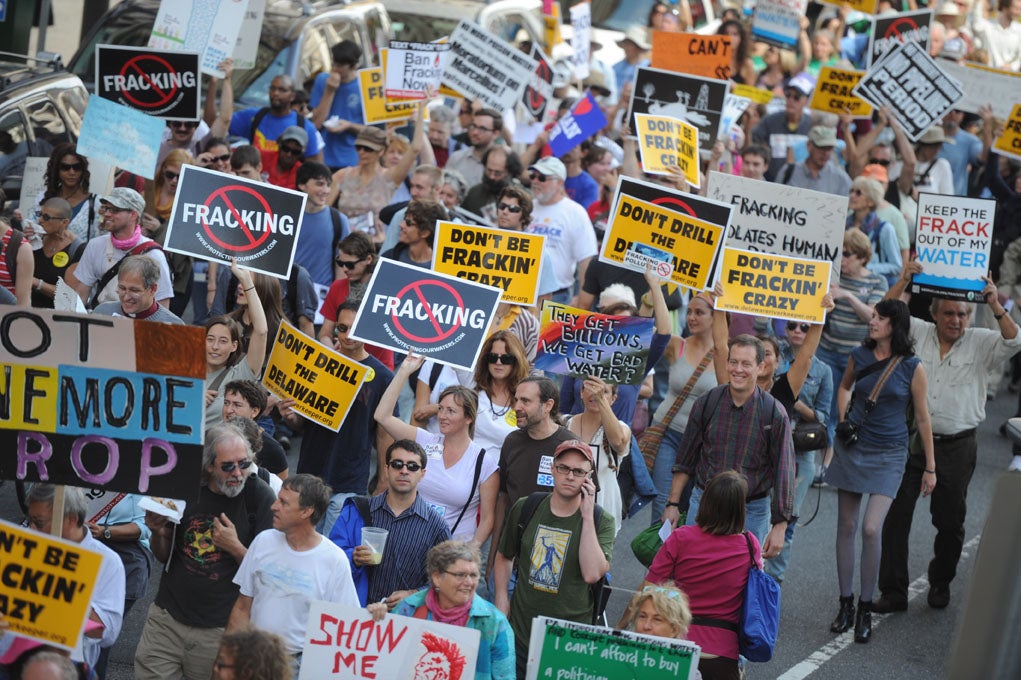 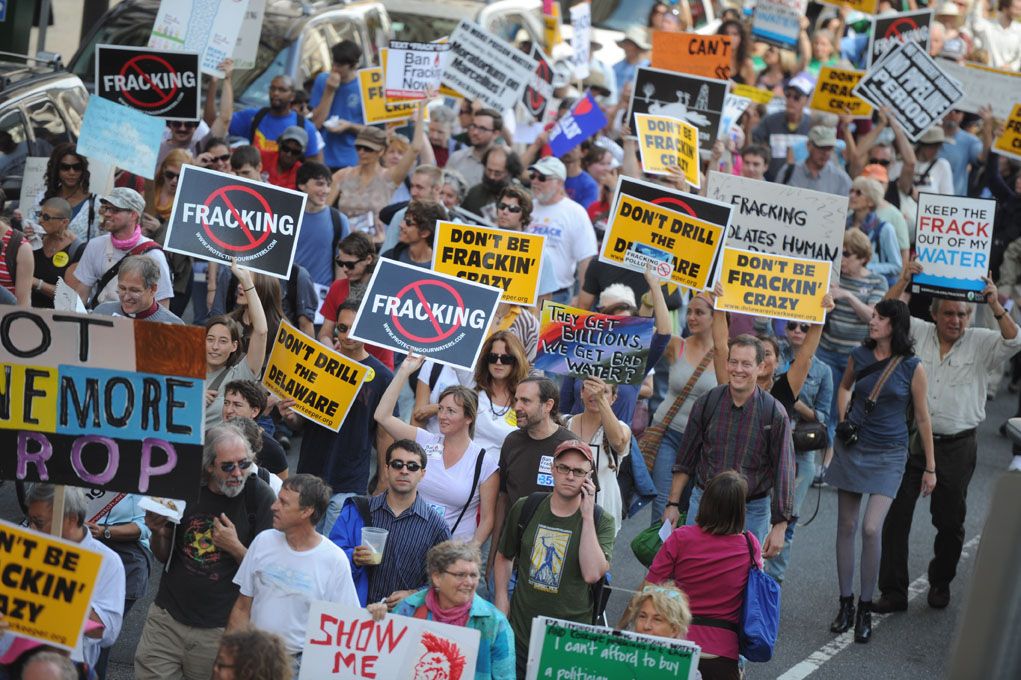 More than 1,000 people from Pennsylvania and the shale regions of neighboring New York, Ohio, West Virginia and beyond, along with downstreamers from Maryland and Delaware, joined together to protest the Marcellus Shale Coalition’s industry convention in downtown Philadelphia on Sept. 20, making a unified statement to “Stop Fracking Now.”

Shale Gas Outrage rallied from Noon to 2 p.m. outside the Convention Center on Arch Street, led by Protecting Our Waters and endorsed by more than 45 organizations, all calling for a moratorium on shale gas development wherever it is occurring.

A boisterous march through Philadelphia streets followed the high-energy rally. Marchers stopped at four locations to bring the message of Stop Fracking Now. At President Barack Obama’s election campaign headquarters, marchers demanded “Not One More Drop” be withdrawn from the Susquehanna River for fracking. President Obama votes through the Army Corps of Engineers on the Susquehanna and Delaware River Basin Commissions. Marchers also demanded sustainable, clean energy instead of shale gas and fossil fuels. Marchers confronted PNC Bank (heavily invested in shale gas development and mountaintop removal), Governor Tom Corbett’s office (for a statewide moratorium and to stop polluting our communities and environment) and the PA Chamber of Commerce (which has opposed regulating greenhouse gas emissions and aggressively promotes shale gas exports overseas).

At 5 p.m., a Blessing of the Waters, an interfaith event, took place at Arch Street Methodist Church at Broad and Arch Streets in Philadelphia.

“As the impacted people with fouled water, polluted air and threatened livelihoods have shown today, shale gas drilling is inherently contaminating. Families should not be forced to live with such dangers and health impacts. The best way to stem the tide of displacement, degraded ecosystems and climate catastrophe is to stop fracking now and divest our support from extreme fossil fuel extraction. We are taking the morally responsible position, out of necessity, for our government has turned a deaf ear to these vital concerns,” said Iris Marie Bloom, executive director, Protecting Our Waters and lead organizer, Shale Gas Outrage.

The Shale Gas Outrage rally program featured the hardships and suffering that people and communities are experiencing in shale country. Two of the speakers verged on tears as they described the hardships and losses their families have suffered due to the rush to drill. Bradford County dairy farmer Carol French explained in her talk about her daughter who experienced abdominal pain and an enlarged spleen and liver after their water was fouled by shale gas drilling.

“The nearest wellpad was 4,000 feet from my house. After my family’s water became saturated with methane, officials told us not to use the kitchen stove because it could cause a flash fire… My granddaughter began vomiting, and only got better after they brought us a water buffalo [tank for clean water],” said Tammy Manning, one of many speakers whose lives have been turned upside down by gas drilling.