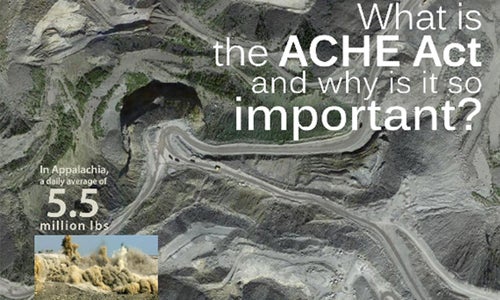 A reinvigorated “People’s Foot” movement to end mountaintop removal is ramping up its efforts next week, as the last vestiges of outside support begin to abandon the nation’s most egregious strip mining operations in central Appalachia.

“Mountaintop removal is on the ropes,” said Bob Kincaid, with the Appalachian Community Health Emergency campaign and board president of Coal River Mountain Watch in West Virginia, “but we need 1,000 people to join us in the streets and in our campaign as subscribing members, contribute $5, $10, $100 and open the door to Appalachia’s future.” 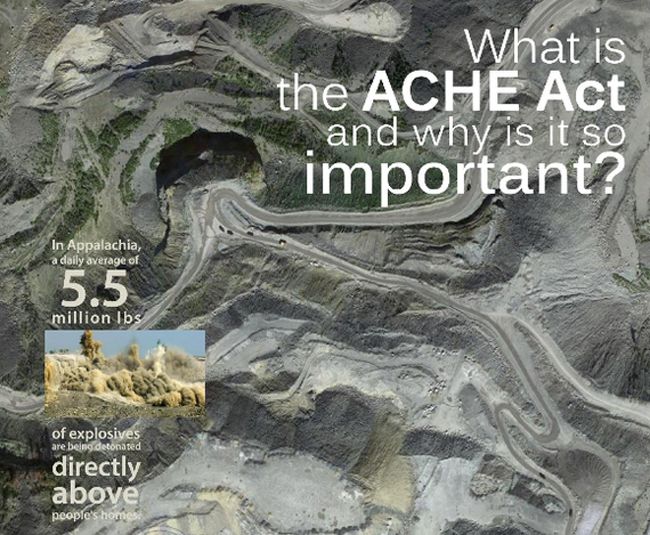 In the last days, in fact, support for mountaintop removal has appeared to collapse—the last banks are closing their doors and refusing to lend money to finance the devastating practice, former MTR coal companies like Patriot have thrown in the towel, the most notorious MTR coal baron Don Blankenship is in federal court for conspiracy charges, and for the first time ever state agencies officials are acknowledging the 25 peer-reviewed scientific studies on the links to high cancer rates, birth defects and serious health problems.

But as new applications and permits for mountaintop removal in West Virginia and the region continue to be issued, the “dying” Appalachian coal companies, as one Illinois coal industry CEO crowed recently, are not going to quit any time soon without a fight—and government intervention.

“We’re asking Congress to do what it should have done a generation ago,” said Kincaid, referring to the Appalachian Community Health Emergency Act, which was reintroduced last month by Kentucky Rep. John Yarmuth and eastern Kentucky-native Rep. Louise Slaughter, calling for a moratorium on mountaintop removal operations until a federal health study is conducted. “It should have never begun, but now we have the science to know that it must end immediately.”

In effect, the ACHE Act corrects the disastrous loopholes of current strip mining regulations, which have allowed over 500 mountains and adjacent communities to be destroyed and polluted, and forced central Appalachian residents to endure a health disaster and mounting death toll from reckless strip mining over the past half century. 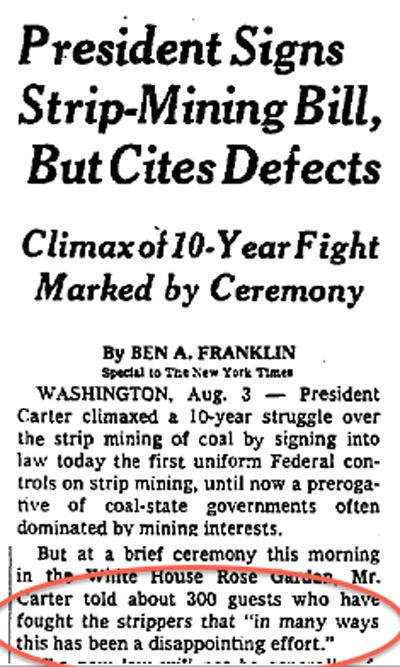 In 1977, after a decades-long battle to abolish strip mining operations, President Jimmy Carter reluctantly signed the “watered-down” Surface Mining Control and Reclamation Act, calling it a “disappointing effort,” which effectively granted federal sanctioning of mountaintop removal mining. “The President’s other main objection to the bill,” wrote the New York Times, “is that it allows the mining companies to cut off the tops of Appalachian mountains to reach entire seams of coal.” 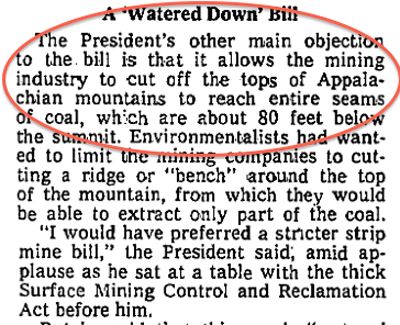 “The West Virginia Department of Environmental Protection continues to ignore the studies that show mountaintop removal is drastically harming our health and cutting our lives short,” representatives with the ACHE Act said in a press release. “The most recent study, “Appalachian mountaintop mining particulate matter induces neoplastic transformation of human bronchial epithelial cells and promotes tumor formation,” found a direct link between mountaintop removal dust and lung cancer. WV DEP Secretary Randy Huffman has finally admitted that the health studies should be considered, but has no plan for doing so. The DEP continues to issue mountaintop removal permits that allow the coal industry to blast West Virginia mountains with high explosives, unleashing fine particulates of silica, aluminum, and molybdenum dust. These dust particulates are proven to promote lung tumors. Time to put your foot down! No more mountaintop removal permits.”