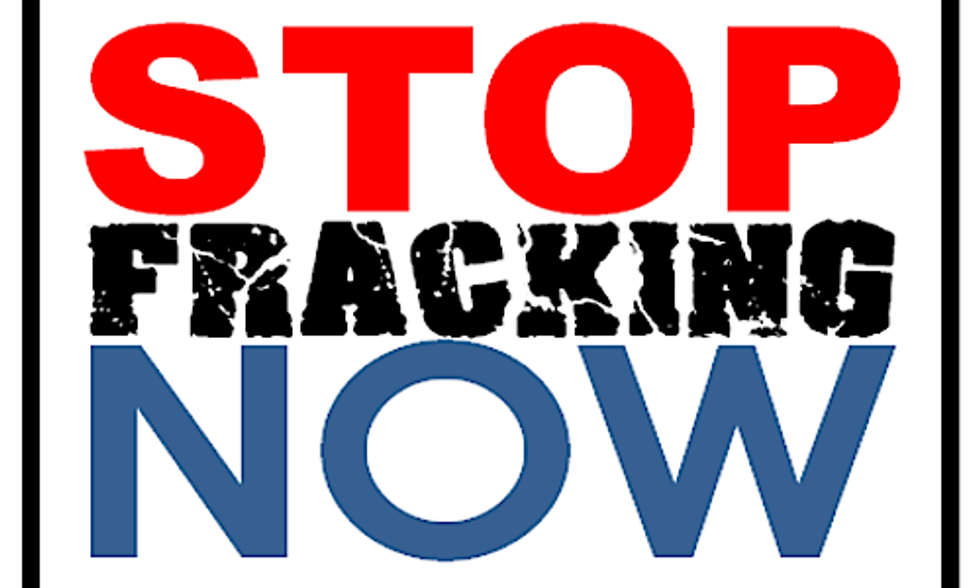 Today, Environment America Research & Policy Center and its state affiliates delivered letters from more than 1,000 doctors, nurses and other health professionals to President Obama and state decision-makers asserting that fracking should be stopped, given the overwhelming threats to public health.

The letters come as public awareness of the health and environmental impacts of fracking is on the rise. For example, in a peer-reviewed study published last month, researchers found an increased rate of birth defects in babies born to mothers in Colorado who lived in close proximity to multiple oil and gas wells.

“Fracking is making people sick—period. Families from Pennsylvania to Colorado to North Dakota are already suffering from dangerous air pollution and water contamination caused by dirty drilling,” said Courtney Abrams, clean water program director for Environment America. “The time for action is now. And more than 1,000 doctors, nurses, and health professionals nationwide agree. This should serve as a wake up call for our decision-makers.”

Fracking is expanding rapidly across the country, and its effect on public health and the environment is increasingly taking its toll. There is a growing number of documented cases of individuals suffering acute and chronic health effects while living near fracking operations—including nausea, rashes, dizziness, headaches and nose bleeds. Physicians reviewing medical records in Pennsylvania have called these illnesses “the tip of the iceberg” of fracking’s impact on health.

“Fracking harms health in many ways: releasing toxic gases, contaminating huge amounts of water, and contributing heavily to climate change. As a nation, we should develop clean renewable energy instead,” said Catherine Thomasson, MD and executive director of Physicians for Social Responsibility. “Generating electricity shouldn’t be a source of illness; power shouldn’t be poisonous.”

Air contaminants released from fracking operations include volatile organic compounds (VOCs); some are carcinogenic, and some damage the liver, kidneys and central nervous system. Researchers at the University of Colorado School of Public Health found that people living within a half-mile of gas fracking wells had a higher excess lifetime risk of developing cancer than people living farther away.

Despite these impacts, fracking is exempt from key provisions of the nation’s leading public health and environmental laws, including the Safe Drinking Water Act, the Clean Water Act, the Clean Air Act and the Resource Conservation and Recovery Act, the law that regulates hazardous waste.

"As a nurse, I recognize prevention is a key component to health care—that's why research showing infants born near fracking sites have an increased risk of birth defects is cause for deep concern," said Katie Huffling, RN, MS, CNM and director of programs for the Alliance of Nurses for Healthy Environments. "Closing these regulatory loopholes is key to preventing exposure to potentially toxic fracking chemicals and air pollutants."

While the Obama Administration is considering action on fracking’s impacts—they are conducting a study to assess the threats to drinking water and are considering rules to regulate fracking on public lands and control methane emissions from oil and gas operations—there is very little federal oversight of the practice. State regulations are widely varying and largely inadequate to protect public health. For example, a Pennsylvania law has even issued a “gag order” on physicians, nurses and other health care providers, which prohibits them from telling patients or other providers the chemicals that patients may have been exposed to.

In the letters delivered today, the health professionals state, “the prudent and precautionary response would be to stop fracking.” Some of the letters call on state decision-makers to ban fracking, while a national letter calls on President Obama to take two immediate steps to better protect families and communities:

“Fracking is a public health emergency. The Obama Administration should act with all its authority to better protect communities. And given the onslaught of damage fracking has already caused, we should ban this dirty drilling practice,” concluded Abrams.