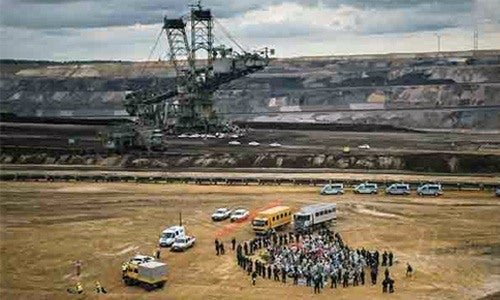 In a huge moment for the international fight against dirty energy more than 1,000 people joined together this weekend in Rhineland, Germany to stop some of the world’s biggest coal-diggers in their tracks—RWE. 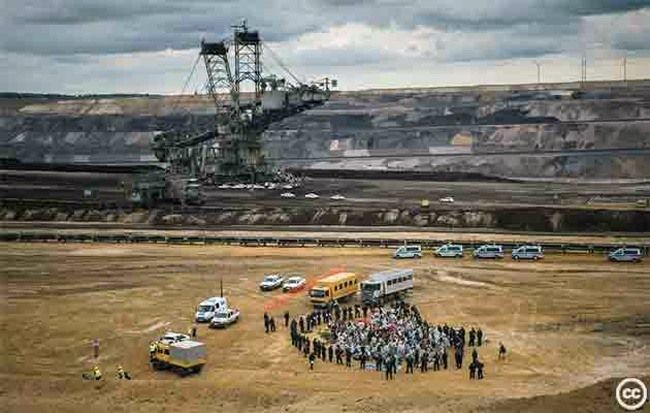 The protesters made it past police lines and into the open-pit mine, forcing the giant excavators to stop.

“That so many people came together to confront a major polluter through an act of civil disobedience holds a promise for the path ahead,” said Payal Parekh, global managing director of 350.org. “No matter the outcome of the climate negotiations in Paris this year, people are building power to accelerate the unstoppable energy transition and keep the fossil fuels we simply cannot burn in the ground.” 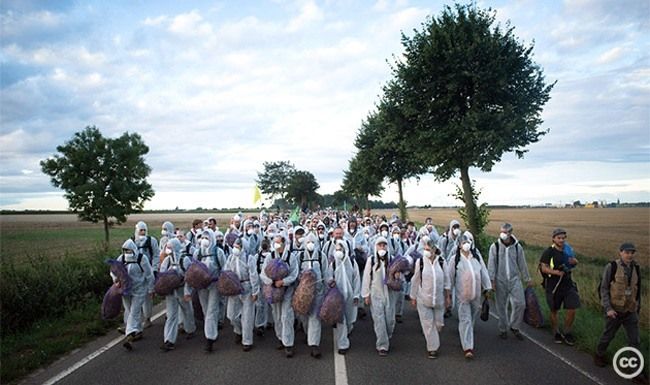 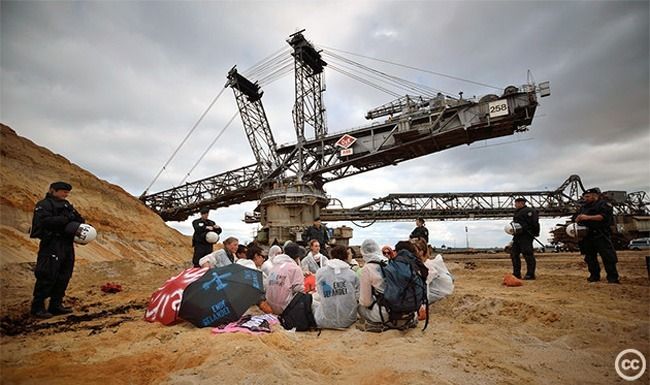 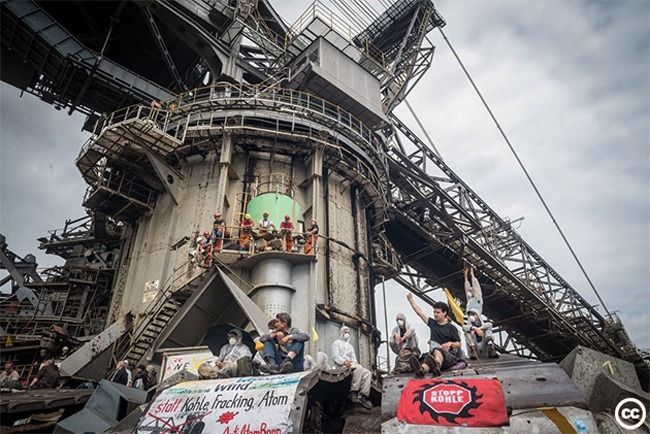 RWE’s lignite mines and coal power plants in Rhineland are the biggest source of CO2 in Europe—with three of the region’s plants in the top five of Europe’s largest emitters.

With 80 percent of known fossil fuels—and 89 percent of European coal—effectively “unburnable” if the world is going to contain global warming below the 2C danger threshold, these dirty coal fields have no place in Europe’s energy future.

The protesters travelled from 45 countries, to stand in solidarity with those local communities that have had their villages destroyed and livelihoods ruined in the name of coal expansion, and to call for urgent global action to address climate change.

Watch this video to learn more about the action: